T-ara’s video release to be delayed

T-ara’s video release to be delayed 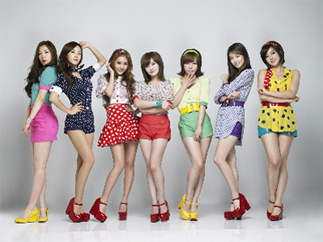 The release of T-ara’s new music video “Lovey Dovey” will be delayed, the group’s management company said over the weekend.

Though it was scheduled to be released on Saturday, Core Contents Media said the new release day will be Jan. 2.

The delay is motivated in part by the excellent performance of already-released singles “Cry Cry” and “We were in Love.” The management company feared that another release would draw attention away from these two songs.

“We are really sorry to our fans,” Kim Kwang-soo, CEO of the agency, said in a press release. “We put our best effort forward to make the music video, and we will make sure that it will be unveiled on Jan. 2.”

Kim said that the 22-minute-long music video is all set to go as all editing is finished, including the addition of computer graphics.