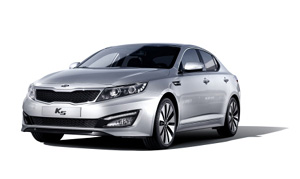 The two automakers built a combined 2.88 million vehicles in their overseas plants from January to November, up 21.8 percent from the same period a year ago, according to the data by the Korea Automobile Manufacturers Association.

At this pace, the two companies’ overseas production is expected to reach 3.05 million units by the end of the year, after surpassing the 1 million and 2 million milestones in 2006 and 2010, respectively.

Market watchers attributed the robust growth to increased production in plants in China and India, two of the world’s fastest-growing automobile markets.

The data showed that cars manufactured in the two automakers’ Chinese and Indian plants accounted for 56.8 percent of all of their vehicles built in overseas plants this year.

Market watchers said that overseas car production is likely to trend higher next year on the back of increased production capacity and solid demand.

Hyundai Motor is set to start production at new facilities in China and Brazil in the second half of next year, a move expected to boost production by 450,000 units annually. Kia Motors, meanwhile, is slated to break ground on a new plant in China next year. Yonhap