How hard will ‘North Wind’ blow?

How hard will ‘North Wind’ blow? 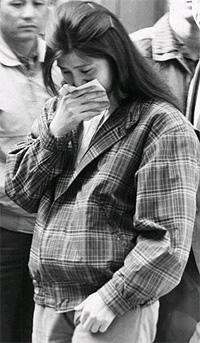 The “North Wind,” a term used by the local media to describe how the situation in North Korea can influence an election, has in the past proven powerful enough to sway an outcome in favor of those who would take a tougher stance against the North, namely the conservatives in Korean politics.

On Nov. 29, 1987, Korean Air flight 858 exploded in midair over the Andaman Sea and two North Korean agents were later named as culprits for planting the bomb. The terrorist act of the North took place on the eve of the Dec. 16, 1987, presidential election - the first election that took place after the constitutional amendment to introduce the five-year, single-term presidency. 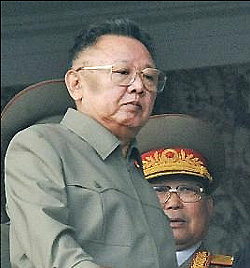 After the North’s bombing of the plane, Roh, a former general who served as a key minister for the Chun Doo Hwan administration and was hand-picked by Chun as his successor, managed to win the election to become Korea’s 13th president with 36.6 percent of the vote.

Kim Hyon-hui, one of the North’s agents involved in the bombing who tried to kill herself but failed, was captured and sent to Seoul the day before the election, largely boosting the voters’ support for the ruling-party candidate Roh.

The situation allowed the conservative New Korea Party, the predecessor to the Grand National Party, to win the election and gain the majority in the National Assembly.

The North Wind, however, has died down in recent years. Ahead of the 2002 presidential election, Pyongyang renewed its atomic weapons aspirations, bringing about a second nuclear crisis, but Roh Moo-hyun, the liberal candidate of the Democratic Party, still won the election.

The Cheonan’s sinking in March last year took place weeks before the local elections on June 2, and yet the liberals’ campaign, which focused on calling attention to how the conservatives’ hardline position on North Korea was serving to provoke the North, largely worked in their favor.

From a historical standpoint, political experts generally agree that the North Korean leader’s death will likely unite the conservatives, but the liberals may also benefit.

“The situation is not necessarily bad for the ruling party,” said Kim Hyung-joon, professor of political science at Myongji University.

“The Lee Myung-bak administration has to play a role in countering the North Korea risk, so the public criticism toward the Lee government will be muted for the time being.”

Kim, however, said the opposition liberal politicians will argue that a fundamental change is needed to build a peace regime between the two Koreas, and the public sentiment will eventually become helpful for the liberals.

“In an emergency, the ruling party will have some advantages, no matter how deeply the voters hate the government because the matter is about a security crisis,” said Lee.

“But we are talking about such a great uncertainty, and the liberals and the conservatives will eventually split when the South is trying to decide its attitude toward the North.”

Kang Won-taek, professor of political science at Seoul National University, made clear that the argument of a helpful North Wind for the conservatives simply won’t work anymore.

“We have been wrong in the past that a North Korea factor will always work for the ruling party,” Kang said.

“Previously, the voters reacted sensitively to an inter-Korean issue and supported the conservative politicians, but we are dealing with a different generation now. And after a series of incidents, the people became more confident about handling the North Korea issues. Therefore, the impact on next year’s elections will be negligible.”

A poll conducted shortly after Kim’s death also showed that the public has grown more confident in how emergencies in the North are handled. The North announced on Dec. 19 that Kim had died of a heart attack on Dec. 17. According to a survey conducted by the JoongAng Ilbo on Dec. 20, more South Koreans said they wanted the Lee administration to express condolences to the North Korean government than to the North Korean people.

According to the poll, two out of three Koreans said they don’t think there will be a change in the probability of war on the Korean Peninsula after Kim’s death. The poll had a confidence rate of 95 percent, and the margin of error was plus or minus 3.7 percentage points.

Experts said the public learned from Kim Il Sung’s death in 1994 that a North Korean leader’s death won’t bring about an immediate catastrophe. The South’s superior status in politics and economy over the North also boosts the public confidence, they said.

“Compared to the fierce confrontation between the liberals and the conservatives in 1994, our society’s view toward the North has changed dramatically,” said Lee Bu-young, a former lawmaker.

Political experts said how Representative Park Geun-hye, the presidential front-runner within the Grand National Party, will react to Kim’s death will still have an impact on the presidential candidate’s favorability.

“For the general public, Park could be a candidate who gives a stronger sense of trust than the liberal front-runners such as Ahn Cheol-soo or Moon Jae-in,” said Lee Taek-soo, head of the polling company Realmeter. “So, in the short term, the situation could be favorable to Park.”

“The establishment of peace on the Korean Peninsula has become an important issue of the time, and foreign investments have shrunken due to the situation in North Korea,” said Kim of the Myongji University. “Amidst such a crisis, who will be able to resolve the economic challenges will be the priority [of the next presidential election]. Park must remember that the North’s nuclear test in 2007 triggered some of her supporters to move to back Lee Myung-bak during the GNP’s primary. This time, she must take the initiative and show leadership.”