Gaga to appear on Japanese show

Gaga to appear on Japanese show 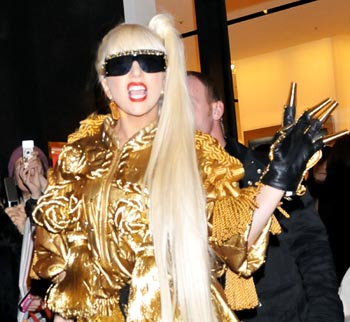 The eccentric star’s appearance on “Kohaku Uta Gassen”, an annual singing competition between male and female entertainers, will including her singing and delivering encouraging messages over Japan’s devastating March 11 earthquake and tsunami, the broadcaster said on Saturday.

The quake-tsunami catastrophe killed about 20,000 people on Japan’s northeast coast and sparked the world’s worst nuclear crisis since the 1986 Chernobyl disaster, leading to a plunge in visitors to the country.

The songstress visited Japan twice after the disaster and called on tourists from around the world to follow suit, and attended events to support reconstruction of disaster-hit areas.

A song and message from the singer will be recorded shortly before the show, NHK said.