Now that Christmas is over, the last major holiday that you might officially celebrate for the remainder of the year is New Year’s Eve. Get a sneak peek at how a few tastemakers from the nation’s cultural and fashion communities are going to spend the last day of the year with answers to the following questions.

1. What are your New Year’s Eve plans?

2. What are your styling tips for the year-end parties?

3. What are your favorite songs you listen to at this time of the year?

1. I will be doing a New Year’s Eve countdown at Paris Grill lounge at the hotel, where there will be fireworks and a live DJ. It will be magnificent with candlelight and wine.

2. I will wear black jeans with a black leather jacket accompanied by a sparkling handkerchief and a vintage watch.

3. From classical music I love to listen to the “Wicked Game” album by Il Divo and jazz numbers by Tony Bennett. 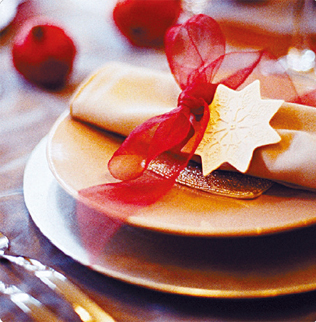 Yoo Jeongmin CEO of Sens Management
1. I will be eating and drinking tea with my family and friends all day long and will look back at the year 2011 and plan on the coming year.
2. I plan to coordinate a tidy and neat suit with fancy accessories such as bangles and earrings.
3. Niccolo Paganini’s “Ghiribizzi” album by guitarist Denis Sungho makes me feel cheery if I play it throughout the day.

Lee Yong-jae Food and architecture columnist
1. I will be driving down to Tongyeong, South Gyeongsang, with a couple of lemons and a decent bottle of white wine. Then, I will buy raw fish from the market there, sprinkle some lemon juice and have it with the wine I will be bringing. I hope squid is in season. There is a seafood joint in the middle of the fish market, where I remember oyster soup was excellent, and I will have it again.
2. I recently bought a purple goose-down jacket from Adidas with a Real Madrid logo, and I am sure it serves well not only for the trip but also the style.
3. I am listening to “Inni” by Sigur Ros, an Icelandic post-rock band. I traveled the Pacific coast of the United States recently, and the big finale of the trip was to drive all the way down from Seattle to San Francisco. To stay awake while driving 14 hours straight, I bought the album from Easy Street Records in Seattle, a big, traditional record shop that is hard to spot these days. There is nothing new in the album, but all the best tunes are there, and the sound quality is pristine.

Kathleen Hanhee Kye Designer behind fashion label KYE
1. Since all my friends live in Itaewon, we will gather at one of their studios, play cool music videos on a projector and have a light dinner with some alcohol. Since traffic gets really bad on the last day of the year, we will visit a smallish club within walking distance and do a countdown.
2. I will put on a vintage horn-handled cross bag from Yves Saint Laurent, which I bought 10 years ago, so both of my arms can be free when hanging out at clubs.
3. Since I extremely abhor Christmas carols, I just listen to songs with winter feels such as “It Ain’t Over Till It’s Over” by Lenny Kravitz and “Cry Me Out” by Pixie Lott.

Ciaran Hickey Director of cuisine, W Hotels
1. The end of year is a particularly busy time at my hotel as we celebrate with the city’s hottest New Year’s party at WooBar. I also have to spend some time at home to celebrate the New Year with my family, so I am usually there for midnight ringing in the New Year and then come to see the WooBar party. Deciding where to be as the clock turns to midnight is always tricky, but wherever it is, I always make sure there is champagne ready. We can’t celebrate too much however, since the hotel on Jan. 1 is popular with couples coming to watch the sunrise from Mount Acha nearby and also join the New Year’s brunch.
2. I want to talk about table styling tips instead of my personal styling. We try to stick to simple festive colors - silver, red and white. It’s always best to keep it simple and not go crazy with lots of bad decorations. Elegant items from Alessi, for example, are enough to give the table or party a sophisticated look. Using the same color fabrics as part of the table decor - napkins, runners and tablecloths - is also a good idea. Smell is always very important, which is why scented candles are so popular at festive parties. Use some candles around the room to set the mood with light and scents.
3. Like most people, I enjoy the classic Christmas music around this time of year, especially the older ones like Frank Sinatra, Bing Crosby and Elvis. But I still like the newer ones like Harry Connick Jr. and Diana Krall. 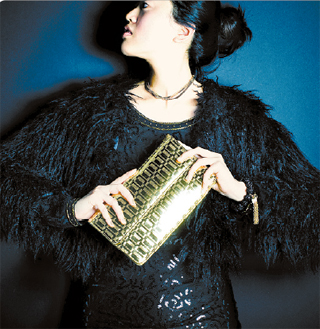 Kim Hye-won Korea National Ballet spokeswoman
1. I have spent New Year’s Eve either performing or attending a performance since I was in middle school. This year, I will be spending the last day with the New Year’s Eve concert at Gangdong Arts Center in southeastern Seoul. Members of the Korea National Ballet will dance the classic Nutcracker Gala there.
2. My styling points will be pearl eye shadow and bling earrings.
3. I love listening to carols by Take 6 and “Christmas Just Does This To Me” by Matt Wertz. The recently released Christmas album by Michael Buble is also recommended.

Sarah Kim CEO of Pronovias
1. I will fly over to Shanghai to throw a dinner party with my family members and friends.
2. I will wear a glittering black mini dress from Pronovias.
3. I mostly listen to Christmas songs by saxophonist Kenny G.

1. With my deadline approaching for a book I am writing on innovation and Korean business, I expect to spend this year’s last day working on it. It’s not such a sexy way to see the year out, but this book will mean a lot to me in the new year, so it’s a priority. I do, however, hope to convince my sons to wake up early and join me for a hike up Mount Acha in northern Seoul to watch the sunrise. It would be a nice way to spend the first morning of 2012 with them.
2. My styling tips for New Year’s would be to look good while staying warm. Style options for men in Korea have improved significantly in recent years, so I’m pretty happy about that. As for me, I’m going to be wearing a pair of corduroys and a new white sweater from Massimo Dutti. On my feet is my favorite pair of monk straps from Unipair in Sinsa-dong, southern Seoul.
3. For music at my house, the boys are getting an iPad for Christmas, so we’ll probably be loading songs onto that. I haven’t really had a chance to slow down and enjoy the Christmas season this year, so even though Christmas will have passed by then, I might turn on some Bing Crosby and Nat King Cole.