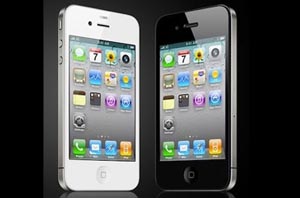 Samsung Electronics and LG Electronics are second-tier winners from global sales of iPhones and iPads after rival Apple, a study by researchers at three American universities found.

Chinese companies don’t get much reward even though much of the assembly work is done in their country, according to the paper.

Apple takes a whopping 58.5 percent of the iPhone’s retail price as profit, while Korean companies take 4.7 percent for manufacturing the display and memory chips.

The paper also breaks down the retail price of an iPad, with Apple’s profit accounting for 30 percent, while Korean firms’ profit is 7 percent. Parts procurement made up the largest part of iPad’s price, 31 percent. Distribution and retail claimed 15 percent, while labor, excluding China, took up 5 percent. Chinese labor accounted for 2 percent of the iPad price, the study found.

For an iPhone, labor costs, excluding Chinese workers, accounted for 3.5 percent of the price and profits for American companies besides Apple took 2.4 percent.

Producers of iPhones in China accounted for a mere 1.8 percent of the gadget’s retail price.

“While these products, including most of their components, are manufactured in China, the primary benefits go to the U.S. economy,” the paper pointed out. “China’s role is much smaller than most casual observers would think.”