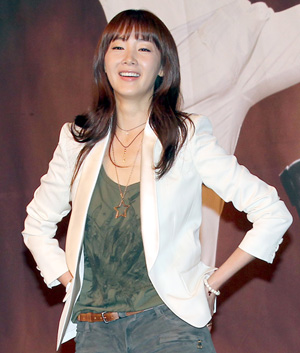 On an episode of “Healing Camp” aired on Dec. 26, Korean actress Choi Ji-woo revealed being replaced on the set of the movie “The Gate of Destiny.”

The movie was filmed in 1996 when Choi was just a newbie actress. Due to her limited acting skills, she was replaced by the actress Kim Sung-lim. The actress cried on the SBS’ show as she talked for the first time about the painful rejection from being expelled from the movie.

“The Gate of Destiny was my first major role, so I was determined to give it my best. I practiced for months leading up to the production, but despite this, I was replaced without even an explanation as to why. For months I wondered what had happened and then time passed without me ever finding out why.”

The movie was a period piece set in 1800s Korea about a warrior who travels forward in time to Seoul in 1996 to protect his master. The work featured famous actors Kim Min-jong and Lee Kyung-young, as well as actress Kim Sung-lim, who took the female lead role originally designated for Choi.