Hallyu star Kim Hyun-joong made a secret donation towards helping the needy in Korea and Japan.

Hallyu star Kim Hyun-joong made a secret donation towards helping the needy in Korea and Japan. 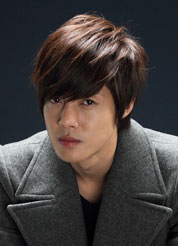 The agency stated that the donation was made without the star consulting the agency. Kim was hesitant about the public finding out about his good works and wanted to donate anonymously.
The K-pop star let only his manager know of his generous donations and expressed his desire for his actions to remain under the radar.

This year the singer remained in the spotlight for the release of two mini-albums, “Break Down” and “Lucky.” On Jan. 21 Kim will host the “2012 Kim Hyun-joong Fan Meeting in Seoul” during which he aims to greet some 6,000 fans.