Day off at Christmas turns into nine

Day off at Christmas turns into nine 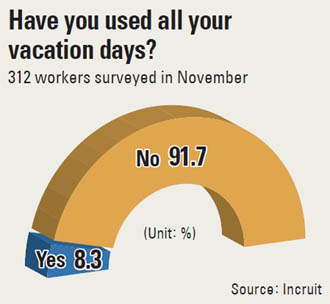 More than half of the desks at an office in Yongin, Gyeonggi, were empty Monday morning - something not seen last year. The company, a subsidiary of one of the nation’s biggest conglomerates, allowed employees to take leaves that stretch from Christmas Eve to New Year’s Day.

“Sending us on extensive leaves was quite a surprise to many of the employees,” said a 36-year-old worker, who only gave his family name Yoo. He said some employees left the country to spend their unexpected days off.

“As for me, I came to work today [Tuesday] because the project that I’m working on hasn’t finished yet,” Yoo said. “But I do plan on going on a short trip to Gangwon this weekend with my family and friends.”

Korean companies have been encouraging employees to take extensive leaves during this year’s holiday season, compared to most years when employees work until New Year’s Eve. Though companies say the break is to boost morale and effectively manage labor costs, growing fear of a global recession lurks in the background.

This saves the company money because it will not have to pay worker bonuses or overtime for the period. Management’s decision came as the shipbuilding company has been coping with slow orders for more than three years due to the lingering global economic crisis.

“It was an inevitable choice,” said a company official, noting that it will advise remaining production workers to take paid leaves in upcoming months.

Hanjin Heavy Industries isn’t alone in its quandary over slumping business. Demand for Korean-made goods overseas has been in decline, affecting local manufacturing firms whose profits largely depend on overseas markets.

Exports account for more than half of the country’s gross domestic product, given that the domestic market is relatively small and saturated.

Samsung Electronics and LG Electronics - Korea’s leading exporters of electronic goods - have advised employees to take unused annual and monthly leaves this week, when business is slow anyway. By doing so, the companies will save having to pay leave time later.

Including weekends, employees can take up to nine days off between Christmas Eve and Jan. 2, the first workday of next year.

LG has never encouraged employees to take leave this week.

“We have encouraged employees to take year-end leaves to enhance efficiency,” said an official from LG Electronics.

The company said that around 80 percent of its 36,000 employees in Korea have signed up to use their year-end holidays. It suspended production at plants that make refrigerators, washing machines and televisions.

Subsidiaries of Doosan Group, including Doosan Heavy Industries & Construction and Doosan Infracore, have also advised employees to take the last week of the year off.

“We have allowed employees to take long winter holidays to match the global standard,” said an official from Doosan. 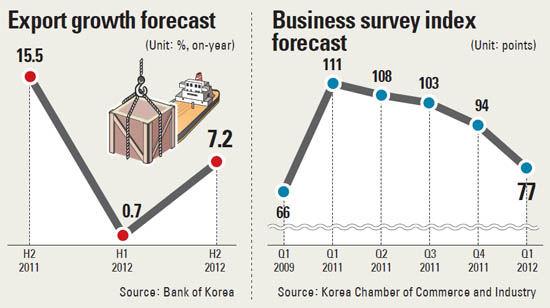 The company said the decision to give employees leave was not connected to the global recession and the fact that more than half of Doosan’s sales were overseas last year.

The gloomy economic outlook has also forced local automakers to slow production, sending employees home for the rest of the month.

All employees at Renault Samsung Motors, the local unit of French automaker Renault SA, were on leave on the Monday after Christmas, and it is advising employees to take unused holidays throughout the week.

Workers at its Busan plant are also on leave as management suspended production.

The automaker’s senior marketing and sales manager Frederic Artaud said earlier this month that both Korea’s domestic and overseas market have been hurt by the persistent economic woes.

Suspended production for many large companies in Korea has also affected suppliers, which are mainly small and midsized enterprises. A number of employees at auto component suppliers of Renault Samsung Motors, for example, have also taken leaves.

Optimism about improved economic growth has turned unfavorable in the second half of this year as the global market once again faces large-scale recession.

The initial financial problems were largely inverted in Korea after the government released a stimulus package that helped the country achieve 6.2 percent growth in 2010. 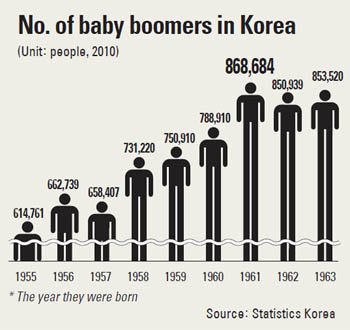 On top of that, the historic downgrade of U.S. credit ratings increased fears of a recession in the world’s largest economy.

With consumers in two major economies expected to tighten their belts and China also expected to see slower growth, Korean companies are preparing for significant drops in work. This is particularly true as Korea’s dependence on exports has grown in recent years. Exports now account for more than 50 percent of the nation’s gross domestic product.

According to a survey conducted by the Korea Federation of Small and Medium Business, of 1,400 SMEs this month, the Small Business Health Index was 87.5 points, the lowest figure in more than two years.

If the index is more than 100, it means more SMEs forecast business conditions to improve than worsen. An index below 100 means the opposite.

In the meantime, the business outlook next year doesn’t look rosy.

According to a recent survey by the Federation of Korean Industries, 68.2 percent of major businesses polled including Samsung, Hyundai Motor, LG and SK expected next year’s export environment to be less favorable than this year.

Local think tanks, including the Korea Development Institute, the Korea Institute of Finance and the Samsung Economic Research Institute, have also projected the country’s export growth to fall to between 7 percent and 10 percent in 2012.

The Ministry of Strategy and Finance and the Bank of Korea this month projected Korea’s 2012 economic growth to remain at 3.7 percent, far lower than the 4.5 percent gain the government predicted in September. As part of efforts to maintain economic growth, the Finance Ministry said it will focus policies on boosting domestic demand.

The domestic market in recent years have been limited from growth. Amid high inflationary pressure and rising long-term rent price in the housing markets, consumers here have also shut their wallets tight, further deepening the woes of the domestic market.

Industry experts note that if business conditions worsen, companies will have to downsize, as is the already the case overseas.

Led by uncertainty in financial markets and a long-term recession, global financial companies in the U.S. and Europe including HSBC and Goldman Sachs have already started laying off workers.

“As uncertainties continue in the market without the economy recovering from the 2008 global financial crisis, global firms are promoting heavy restructuring,” said Lim Hee-jung, a researcher at the Hyundai Research Economic Institute.