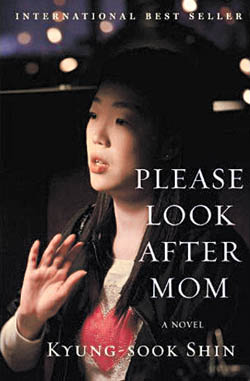 A Korean novel paved a new avenue to global readers this year.

Shin Kyung-sook’s “Please Look After Mom” was translated into English in April.

It was selected as an “Editor’s Best 10” on Amazon.com in June, and it placed second on Israel’s best-seller list in only four weeks after its release. In Taiwan, it ranked third. Translation rights have been sold in 31 countries, and the novel has been published in 18. The book was the author’s first to be translated into English.

The novel is about an elderly mom going missing after coming to visit her four children on her birthday, prompting the whole family to search for her. As they search, each family member realizes just how much they have neglected her and how much they stand to lose if she can’t be found. The novel is told in four sections, narrated by a daughter, a son, the husband and the mother.