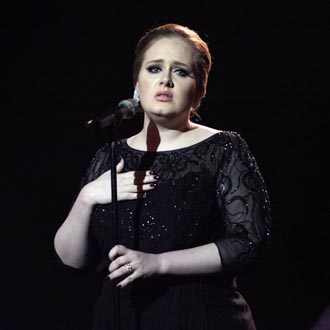 PARIS - Music fans may remember 2011 mainly as the year Amy Winehouse died, but the last 12 months have seen several other divas dominate the international music press for happier reasons.

Perhaps the most notable of these was Harvey’s “Let England Shake,” which provided a fitting soundtrack for a year that saw Britain’s worst riots in decades.

According to the Web site Metacritic.com, which monitors reviews across 80 English-language publications, Harvey’s eighth studio album was the year’s best.

It took Harvey, one of indie rock’s most enduring and distinctive female voices, three years to research and record “Let England Shake.”

Filled with political references, antiwar sentiment and influenced by her discussions with Afghan women and other sources, the album provided critics - especially those in Britain - with plenty to talk about, and Harvey’s record won this year’s Mercury Prize for best British album.

“England did indeed shake this year to the sound of riots, protests and distant wars,” The Guardian wrote. “No wonder, then, that PJ Harvey’s raw yet meticulously researched record hit a nerve.”

Adele, the 23-year-old soul powerhouse from London, released her second album “21” to high praise from fans and critics alike. Billboard, Rolling Stone and Time all voted “21” the year’s best album, which already has sold more than 12 million copies.

Adele was forced to cancel several performances after undergoing vocal chord surgery from which she is expected to make a full recovery.

This year was also a memorable one for rookie songstress Lana del Rey.

Though her debut album, “Born to Die,” won’t be released until January, her first single “Video Games” has already been endlessly blogged about, viewed on YouTube, remixed and parodied.