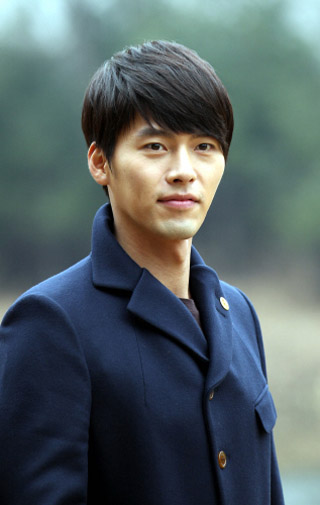 Unix electronics used SNS sites such as Facebook and Twitter to collate the responses of 134 netizens as to whom they thought had the best hair in 2011.
On Dec. 28 the results were revealed and in the men’s category, actor Hyun Bin’s haircut in the drama “Secret Garden” came in at No. 1.
Meanwhile in women’s hair, actress Kong Hyo-jin’s “balloon perm” bob in the drama “The Greatest Love” was deemed the best.

The asymmetrical dandy haircut adopted by Hyun Bin amassed 50 percent of the votes in the men’s category and was thought to be perfectly in line for the cold and cynical character from a rich family that the actor played.
Second on the list of men’s hairdos was actor Cha Seung-won’s “two block wave” cut as seen on the drama “The Greatest Love.”
Third was the shaved-head look as worn by Wonbin in last year’s thriller movie “The Man From Nowhere.”

In the women’s category, coming in at second place after Kong’s 41 percent, was the natural “long wave” worn by actress Soo-ae. Third spot went to the braided look as seen from various female entertainers such as Girls’ Generation and Kim Tae-hee. In the combined genre where netizens could vote for either male or female hair-dos they liked, Hyun Bin again topped the list for both sexes. Meanwhile there were some differences for second place as female voters preferred Cha’s wave cut while male voters liked Wonbin’s masculine shaved-head look.
By Carla Sunwoo [carlasunwoo@joongang.co.kr]