O’Connor gets divorced after 16 days

O’Connor gets divorced after 16 days 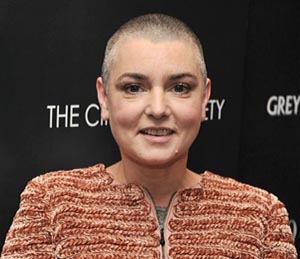 DUBLIN - Irish singer Sinead O’Connor has admitted that her fourth marriage has ended after just 16 days, with the star blaming pressure put on her husband by those close to him.

O’Connor, 45, met therapist Barry Herridge, 38, earlier this year when he responded to an online appeal posted by the singer, and they married in a Las Vegas chapel on Dec. 8.

But in a blog post on Monday, the singer revealed that the marriage had lasted only 16 days, until Dec. 24, and that the couple had lived together for just seven days.

“From the moment myself and my husband got together not long ago, there was intense pressure placed upon him by certain people in his life, not to be involved with me,” wrote O’Connor.

O’Connor, who topped the charts worldwide in 1990 with “Nothing Compares 2 U,” also said she shared some of the blame, however, in particular over an episode on their wedding night.

Celebrations were marred “by a bit of a wild ride i took us on looking for a bit of a smoke of weed ... as I don’t drink,” she wrote. She admitted Herridge had been “enormously wounded” by the incident.

We “weren’t aware or prepared for the consequences on my husband’s life and the lives of those close to him,” O’Connor said. “He has been terribly unhappy and I have therefore ended the marriage.”

They parted amicably, however, O’Connor said, adding that she still considered Herridge a “wonderful man.”