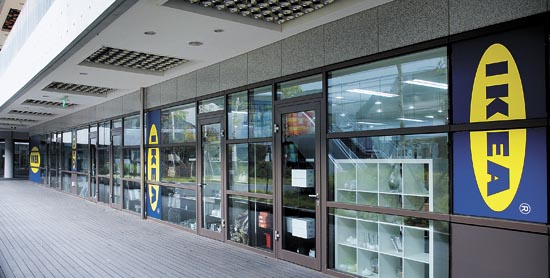 
Although Ikea’s interest in the Korean market has been reported for years, the global furnishings giant kicked off its presence here in earnest this month - establishing a subsidiary and buying a piece of land. The moves have dented domestic furniture producers’ stock prices.

Since news broke on Dec. 15 of Ikea Korea’s founding a week earlier, the share price of the No. 1 domestic furniture maker Hanssem has dropped 9.7 percent to 21,000 won ($18), as of yesterday.

Other companies did not fare much better. Borneo International Furniture saw its stock value drop 9.4 percent to 2,890 won in the same period, while Fursys dropped 2.2 percent to 29,350 won.

But the shock might not last long, analysts said.

“The effect of the news of Ikea on stock prices will last only for a short term, and Ikea’s presence is not expected to affect major domestic furniture makers’ performance much in the long term,” said Jeong Hong-sik, a small-cap analyst with Hanwha Securities.

“Ikea beginning sales in Korea is still a long way off, and do-it-yourself furniture does not fit the local consumer culture. In the past, attempts to sell DIY furniture by online sellers have been met with a lackluster response.

The news on Ikea is creating jitters in the local business community. Ikea said on Tuesday it won a bid to acquire land covering 78,198 square meters (841,716 square feet) in Gwangmyeong, Gyeonggi, to open its first home furnishing store in Korea.

Since Ikea Korea was founded on Dec. 8, there have been widespread speculations on how the leading home furnishings maker would change Korea’s furniture market. Although it is known as a furniture retailer, only half of its 9,500 offerings are furniture, the company said. Ikea said its first Korean store may open in 2014.

Ikea offers a wide range of ready-to-be-assembled home furnishings at low costs. In fiscal year 2011, Ikea recorded 24.7 billion euros ($32.3 billion) in worldwide sales, an increase of 6.9 percent compared to the previous year. It has 1,074 suppliers in 55 countries.

Ikea said it may take a slightly different approach when it opens stores in the country. “The company may allow an option for Korean customers to have products assembled by a third party, like it does in China,” said Lee Darai of Weber Shandwick Korea, the public relations firm that represents Ikea Korea.

In general, Ikea can sell products at low costs because they are not pre-assembled, eliminating assembly costs. The problem is that Koreans are not used to a do-it-yourself culture. In 2005, B&Q, a Britain-based do-it-yourself furniture retailer, opened a store in Seoul but entirely withdrew from Korea after two years for this reason.

Ikea, however, allows customers in China to have products assembled for a fee, rather than doing it themselves. Also, unlike stores in Western nations, Ikea retailers in China deliver products. Ikea now has over 10 quite successful stores in China.

Ikea not only sells furniture and other home furnishings but also food. Many Ikea stores have restaurants that serve Swedish salmon salads and cheap ice cream. Customers not only shop but also eat, relax and stroll around the stores. 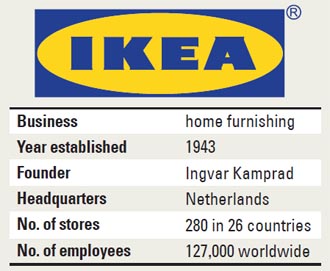 It may take a while for Ikea stores to open in the country, but local furniture firms are already on alert. Some have been preparing for competition with Ikea.

Although it is smaller than most Ikea stores, it is located in a central area and offers a variety of products. In only one month, 54,000 customers visited the store and purchased 4.2 billion won of goods.

Some played down Ikea as a threat. “Considering the Korean market’s characteristics, Ikea will bring in half-assembled or pre-assembled products,” said Choi Jong-min, a manager at Livart, a major Korean furniture maker. “But then it is no different from online shopping malls.”