The year in film: 2011 brought large successes from low-budget movies

The year in film: 2011 brought large successes from low-budget movies

Of the many Korean films that were released this year, “Late Autumn,” left, and independent film “Re-encounter” were chosen as impressive films of the year by critics. Provided by each distributor


It was another tough year for the film industry. According to the Korean Film Council, 136 Korean films and 278 foreign films were released as of late November, but just a few of them became box office hits and a handful of them were remembered by the audience. The most expensive film flopped, and the least-anticipated film became a sleeper hit of the year.

The Korea JoongAng Daily provides a wrap-up of the local film industry.

“We had many small but quality films this year,” film critic Jeong Ji-ouk said. As Jeong said, indie films achieved a great deal of success from the first half of the year. The winning spree of indie films started with “Re-encounter” in February. Directed by rookie director Min Yong-keun, the coming-of-age film attracted 10,000 viewers, which is a dream figure in the world of indie film, where low production budgets and short runs in theaters are the norm.

“Re-encounter” literally centers on a young couple and their re-encounter. Back in high school, the boy and girl fall in love, but the boy leaves her as the girl becomes pregnant. Five years later, they meet again and look for their child, who they believe has been adopted. “Personally, I liked ‘Re-encounter’ best [among Korean films that were released this year.] It was such a well-made film, and we discovered actress Yu Da-in, who is likely to become the next big thing,” Jeong added.

Another coming-of-age film “Bleak Night” in March received rave reviews from critics and audiences alike. The film stayed at the box office for about three months in an industry where even a high-budget film is screened for less than a month. The film portrays the friendship of three high school boys and sold more than 20,000 tickets. “The Journals of Musan” in April brought countless awards to newbie director Park Jung-bum in and outside of Korea. Inspired by his North Korean defector friend who passed away years ago, Park shed light on the struggling lives of North Korean defectors living in the South.

Doomed even with high budgets

Usually a proven formula in the film industry is that a high-budget film equals success, but not this year. “Sector 7” is one of the most expensive films of this year with the astronomical production cost of 14 billion won ($12.2 million), but the 3-D film failed to reach the break-even point with only about 2.2 million viewers.

Other expensive films of this year, “Quick” and “The Front Line,” each cost 10 billion won but failed to do so as well. But some of the least-anticipated films made it big. For example, nobody expected “War of the Arrows,” a period film centering on archers, to become the highest-grossing film of the year. However, with a 9 billion won production cost, the film attracted 7.5 million viewers.

Women buddy film “Sunny” also hit the jackpot. It cost about 4 billion won to make the film but attracted about 7.4 million viewers.

Film critic Sim Young-seop, however, lamented the failure of “Late Autumn.” The film was shot in Seattle, and Hyun Bin and Tang Wei, two top actors from Korea and China, starred in it.

“The two speak different languages, but they do reach a point where they understand each other, which was very healing,” Sim said. “In addition to that, the film evokes a feeling of loneliness, which everyone has deep down in the heart.” 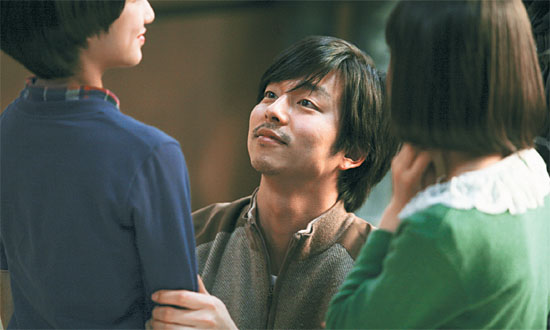 “Dogani” (“The Crucible”) was a notable film this year. The film shed light on sexual abuse that occurred in a school for the hearing impaired and spurred strong public reaction upon its release. Provided by CJ Entertainment

Film critic Kim Young-jin chose “Dogani” (“The Crucible”) as the most impressive film of this year without hesitation.

“It’s been a while since a single film brought such a huge change to society,” Kim explained.

Based on the true story of rampant sexual abuse at a school in Gwangju for hearing-impaired students, the film indeed brought many changes. After the release of the film, the government toughened up relevant laws to prevent children, especially those with disabilities, from being sexually harassed or abused.