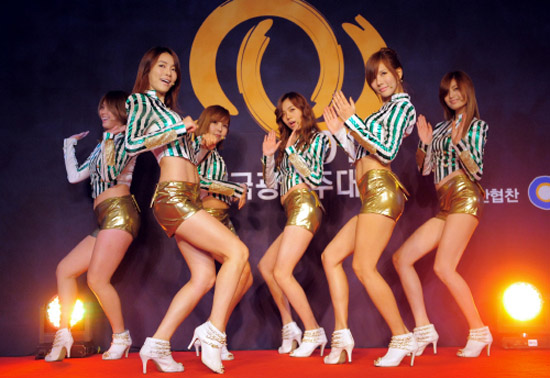 On Dec. 27, members of After School took time out of their hectic schedule to deliver coal briquettes to the needy in Seoul.

According to the group’s agency Pledis Entertainment, “The girl group participated in delivering coal briquettes to low-income families in Guryong Village” in Gangnam District, southern Seoul.

“Despite the band members’ busy schedule, they enjoyed sharing and reaching out to the needy, and as there were many fans in attendance, everyone was able to enjoy themselves,” the agency said.

Every year, Pledis Entertainment releases a charity album titled “Happy Pledis” featuring its artists such as singer Son Dambi and girl group Orange Caramel as well as After School. Part of the proceeds from last year’s album went toward the organization Save The Children. This year’s album was released on Dec. 1, and the agency says that it will make a donation to Unicef.