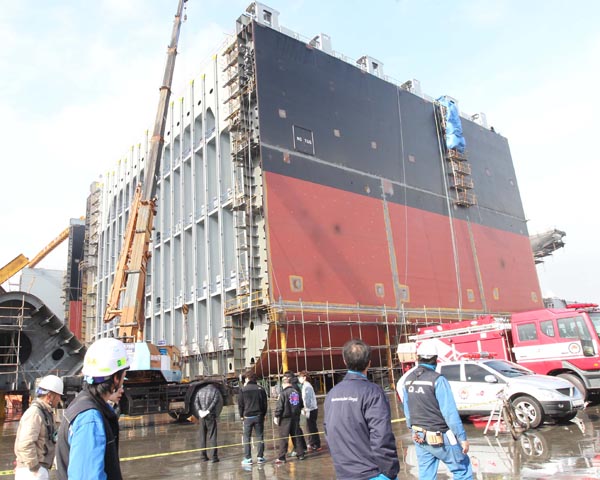 Firefighters recover the bodies of four workers who were killed by an explosion that occurred from a 4,200-ton vessel at a shipyard run by Sejin Heavy Industries in Ulsan yesterday morning. The explosion was believed to be caused when sparks from a cutting machine blew up highly volatile liquefied petroleum gas. By Song Bong-geun