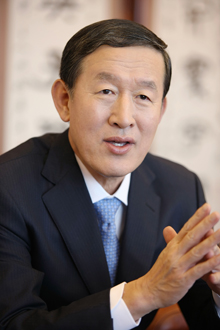 The chairmen of the Federation of Korean Industries, Korea Chamber of Commerce and Industries, Korea International Trade Association, Korea Federation of Small and Medium Business and Korea Employers Federation agreed that they are expecting tougher conditions in the economy this year and felt the need for collaboration to overcome the sluggish domestic economy and guard against populist moves and political conflicts.

“The domestic economy is likely to remain stagnant with an expected plunge in exports, around 900 trillion won ($777 billion) household debts and uncertainties in the labor market,” Huh said. “Despite the difficulties, the whole nation should join forces to attain even smaller achievements and the business community should take the lead in doing so.”

KCCI Chairman Sohn Kyung-shik expressed worries about possible uncertainties in the economy, which could be exacerbated by the general and presidential elections. “The business community needs to prevent political and populist moves from affecting the economy,” Sohn said.

“We will be able to turn this crisis into an opportunity if we don’t give up even amid difficulties,” he said. “Companies will need to discover new, promising business areas, make aggressive investments and boost technology development, serving as a growth driver.” He added that companies should make efforts to maintain or increase the number of available jobs. 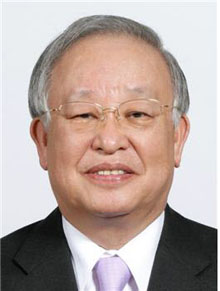 Sohn also urged the government to maintain consistency and confidence in policy making about tax, finance, labor and management and fair trade, creating an environment where businesses can actively make investments and create jobs.

“We should take advantage of the free trade agreements with the European Union, ASEAN and India, and also with the United States in doing so,” he added.

KEF Chairman Lee Hee-beom put an emphasis on promotion of investments and creation of jobs. “Providing jobs is the best kind of welfare,” Lee said.

“All business figures need to be cautious against populist moves and push for reformation of restrictions in the labor market to lay the foundation for an investment-friendly environment,” Lee said.