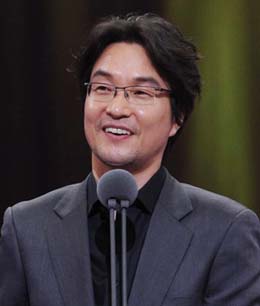 Capping off a successful year, Han Suk-kyu and Shin Ha-kyun were honored with the top acting awards by their respective networks on Saturday at the broadcasting companies’ annual year-end awards.

Han won the 2011 SBS Acting Awards’ grand prize for his leading role as King Sejong in the drama “The Deep Rooted Tree.”

It was Han’s first grand prize for a television drama. Since 1995, the 47-year-old actor hasn’t appeared in TV dramas in order to focus on films, but he returned last October.

Shin received the grand prize in KBS’ Drama Acting Awards for his role in the drama “Brain,” in which he played Dr. Lee Kang-hoon. Shin also made a comeback on the small screen last November after his last series in 2003.

Meanwhile in the MBC Drama Awards, “The Greatest Love,” starring Cha Seung-won and Kong Hyo-jin, was chosen as the best drama. From this year, MBC has decided to give its grand prize to dramas themselves rather than to individual actors.