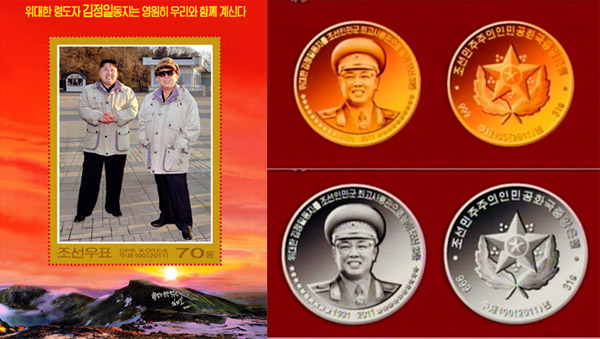 Left: North Korea’s state-run wire service, the Korea Central News Agency, released a photo yesterday of a new stamp that depicts new leader Kim Jong-un along with his late father Kim Jong-il. It is the first time that Kim Jong-un, who succeeded his father in power, has appeared on a stamp.