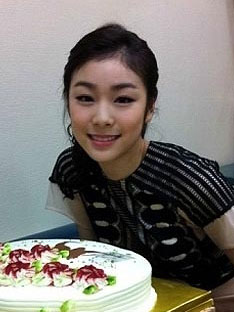 A Seoul court yesterday ordered the former agency of Korean figure skater Kim Yu-na to pay her outstanding portions of her endorsement money.

The Seoul Central District Court said it handed down a settlement between Kim and IB Sports, under which the company must pay the figure star 800 million won ($690,400) by Jan. 13.

Under the settlement, the two sides agreed not to file another civil or criminal suit regarding their old management deal, according to the court.

Kim filed the suit against IB Sports in November 2010, alleging that the company owed her 876 million won from her endorsement deals she signed while under IB’s management.

Kim’s deal with IB Sports expired in April last year, and she and her mother founded a new agency named All That Sports. Kim, the reigning Olympic gold medalist and the 2009 world champion, is one of Korea’s most popular athletes. Though she has not competed this year amid speculation about retirement, Kim remains a highly sought-after star among local advertisers.

After the suit was filed, IB Sports countered that it was entitled to its share from Kim’s endorsement deals that she reached while with IB.