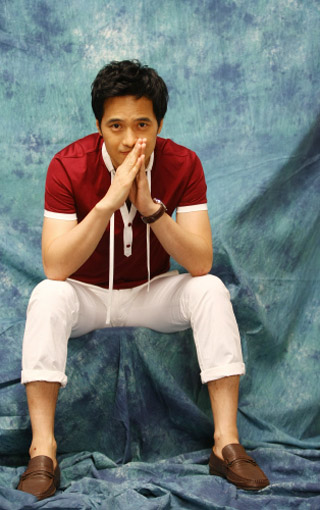 Actor Oh Dae-gyu opened up about his upcoming plans to help end abuse and bullying among teenagers.
The 43-year old actor stated that the current situation of students bullying their peers was shocking and serious, prompting the entertainer to take action.
“I’ve dwelt on this issue for some time and whether it takes one or two hundred million won, I want to help. Currently I am brainstorming and consulting experts within the appropriate domains for their advice. I want to come up with a practical solution, perhaps a phone line that victims can call up to talk about their problems.”

In response to what enabled him to become involved in the humanitarian effort, the actor told Yonhap News that following his break from acting, he thought a lot about what he could do upon his return to the industry,
The actor took a three year medical hiatus in order to receive treatment on his jaws.
“I thought hard during the interval about what I would do once I was back on my feet. There was no other issue I was so passionate about as helping troubled teenagers.”

Oh, who is currently pursuing a doctorate in journalism at Korea University, said that he will use whatever leverage he has within academia as well as in the entertainment industry to see the project through.
“Money isn’t necessarily a solution to this issue of teenage bullying. More than anything you have to listen to what these kids have to say … this includes listening sincerely to the voice of the victims as well as the perpetrators.”
By Carla Sunwoo [carlasunwoo@joongang.co.kr]