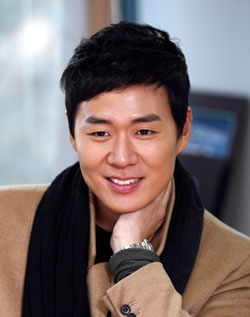 The Seoul Central District Court has indicted a representative from a movie production company for fraud involving the actor Yeon Jung-hoon.

According to a thorough investigation by the prosecutor, it has been revealed that the movie production personnel told the actor that he had in possession a statue of Buddha that was worth 1.2 million won once certified.
“The defendant told the plaintiff that the statue was still worth 5 million won if sold without a certificate, but that while he obtained a certificate for the item that he needed cash quickly,” the prosecutor said. He promised Yeon to pay back the amount once he had the documents to sell his Buddha statue.
This led to prompting the actor into taking out a loan using his motor vehicle as collateral.

As well as failing to pay back the owed amount to the movie star, the defendant convinced the movie star to loan him a further 42 million won on Nov.5, 2010.
On Nov. 7, 2010, the defendant attempted to ask Yeon to take out another loan for another 100 million won but failed to receive the sum from the entertainer.
Yeon is a star on the drama “Vampire Inspector” and is the spouse of actress Han Ga-in.