Park Jin-young discusses his decision regarding Wonder Girls’ success in the U.S.

Park Jin-young discusses his decision regarding Wonder Girls’ success in the U.S. 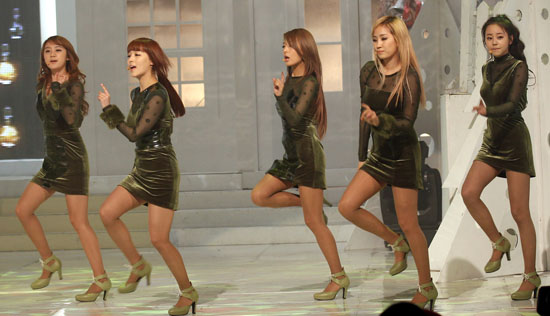 
On the first day of the new year, producer Park Jin-young, CEO for JYP Entertainment spoke reflected on his decision to relocate Wonder Girls to the U.S. for a piece of the American music industry.

Park’s reflection on his Twitter account started with the words, “If Wonder Girls and I had never ventured the United States, we would have made billions in the Korean market. The band would also be a lot more popular than they are now nevertheless we set out to do what seemed like a foolish task.”
It is well acknowledged that the girl group, a rival of Girls’ Generation, had fallen behind in popularity in their home country during its absence.

The head of JYP Entertainment said that in 2012 he will be able to see whether if their efforts were in vain or not.
“In 2012, we will be able to know for sure how successful our trial was in challenging the American market. If we are successful, we will become the first Asian celebrity company to reap the benefits of a challenge that was shaky from the start. If we fail, then we will have lost fame and an enormous amount of money.”

Despite the outcome, Park said that he was proud to be the representative of a band that took on such an enormous risk. He said that in the process, both the girls and he have learned wisdom that surpasses any monetary sum.
“I’ve always known what I had to do if I wanted to be popular and to amass a fortune. However, I’ve always rejected the safe route to success in favor of being challenged because that’s what builds character and teaches truth.
I don’t know what this year will bring but I know that for myself and the band, as well as all other groups belonging to the agency, the goal is to learn and grow. I will be happy knowing that members of JYP Entertainment are wise rather than just popular.”