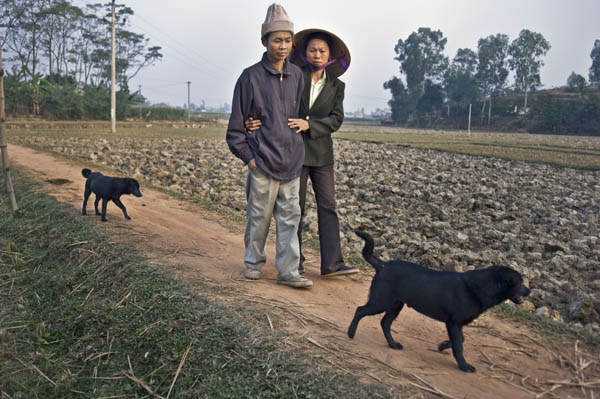 Nguyen Van Luoc and his wife, captured here in a 2007 photo by Steve McCurry in Vietnam, return to their home after visiting a local clinic. Provided by Magnum Photos


Since the early 1980s, some 30 million people have died from AIDS. The epidemic has ravaged livelihoods across the world. But an exhibition at the Seoul Arts Center is raising awareness of a quiet revolution taking place: the spread of free antiretroviral drugs that have enabled millions of infected individuals to live healthy lives.

Magnum Photos’ “Access to Life” exhibition displays a collaborative effort with The Global Fund to Fight AIDS, Tuberculosis and Malaria, an international financing organization, that resulted in 550 pieces of work, including photographs and documentary films.

American photojournalist Steve McCurry and seven other acclaimed photographers went to nine different countries - Vietnam, India, Peru, Haiti, Mali, Rwanda, South Africa, Swaziland and Russia - to capture images of patients before and after receiving AIDS treatments. The photographs provide a glimpse into the lives of people around the world suffering from the disease and surviving thanks to international efforts.

The photographers stayed in their assigned countries for around four months, and sometimes the narratives took unexpected turns.

“I began the assignment thinking I’d start with people who were very sick but would then have some dramatic turnaround,” said McCurry, who documented four Vietnamese patients. “It didn’t turn out that way.”

The artists’ works reveal the wide range of consequences HIV, the virus that causes AIDS, has on those infected, ranging from physical effects to societal implications.

Ninety-five percent of those infected with AIDS live in underdeveloped countries and cannot afford the expensive treatments that have been developed and refined over the past decade. Africa is home to nearly 70 percent of the world’s HIV-positive population, with 22.5 million infected adults and children living in sub-Saharan Africa alone. Africans accounted for 72 percent of all AIDS-related deaths in 2009. 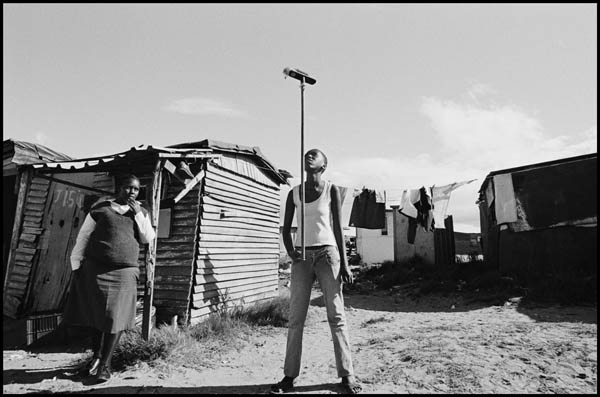 An AIDS patient (right) and her sister in Gugulethu, a township 15 kilometers (9.3 miles) from Cape Town, South Africa, in a 2008 photo by Larry Towell. Provided by Magnum Photos

“The people I met in India could not tell anyone about the fact that they have HIV,” said Jim Goldberg, the Magnum Photos photographer assigned to the country.

And in Russia, societal changes have been a major cause of the spread of AIDS. After the collapse of the Soviet Union and the ensuing economic hardship, poverty and drug use increased throughout the country. HIV spread quickly, with most patients neglecting the illness until it was already too late.

Alex Majoli was posted in Russia to record patients’ progress, but unfortunately, most of them died before the photographer could visit them a second time.

“The collapse of the Soviet Union left an unbearable wound in Russians’ egos, which is connected to the spread of AIDS,” Majoli said. “They act like they know something which they actually do not have a clue about. In such a case, what will happen?”

The exhibition fuses each photographer’s own artistic approach with the theme.

In the Haiti section, Polaroid self-pictures of each patient are lined up along the wall. Although Jonas Bendiksen took photographs, he also gave patients a Polaroid camera so that they could take their own pictures of the healing process.

In the Swaziland section of the exhibit, there is a radio next to photographs by Larry Towell. Interviews with patients are played on repeat, bringing the photos to life.

The Global Fund’s international efforts have helped millions of people around the world receive treatment and build new lives. The “Access to Life” exhibition is meant to capture some of this progress.

Magnum Photos’ tour has caught the attention of the biggest players in international efforts to fight AIDS.

“The images presented in this moving exhibition show what international donors can do when they work together to promote public health and enable people to lead productive, dignified lives,” UN Security General Ban Ki-moon said.

The founders of Magnum Photos thought a single picture could create change. The photographers chronicle the world and interpret people, events, issues and personalities that ultimately capture the truth.