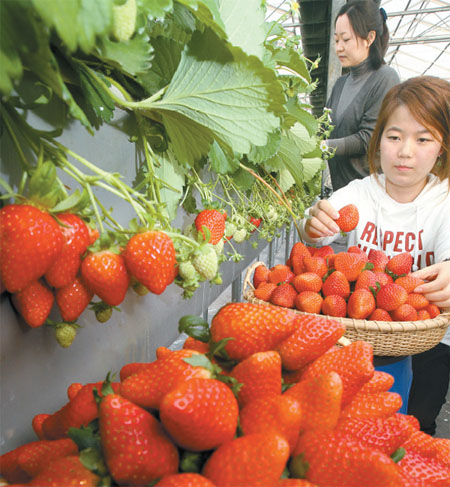 Workers at the National Institute of Horticultural & Herbal Science pick strawberries in Suwon, Gyeonggi, yesterday. The strawberries were developed using Korea’s self-developed technology, which has enabled the local industry to save 2 billion won ($1.74 million) in royalties so far. Last year, Korea paid 1.23 billion won for the right to grow the fruit, down from 3.19 billion won in 2010. [NEWSIS]