CITY WITHIN THE CITY

To Jan. 15: A collaboration between the gallery and the Gertrude Contemporary in Melbourne, Australia, the exhibition focuses on urbanism - something all industrialized countries share.

The countries represented among the 17 participating teams of artists include Mexico, Lebanon, Korea and Australia.

One of the most enticing works is Melbourne-based artist Ash Keating’s “Zi Namsan Plus” (2011). The work comprises a computer graphic-generated image, hanging on a replica of a construction site fence, of a futuristic building on the slope of Mount Namsan in central Seoul. “Zi” in the title originates from the Korean apartment brand “Xi,”

sharpening what is already a parody of the renderings of apartment complexes hanging on construction site fences. 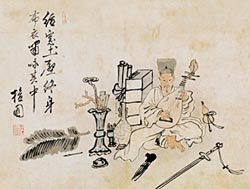 To Jan. 29: This exhibition features about 110 paintings by hwawon, or court painters, who were responsible for producing paintings for the state as employees of Dohwaseo, the state bureau of painting in the Joseon Dynasty (1392-1910). According to Leeum, it is the first exhibition dedicated to the hwawon, who had low social status despite their visibility in court.

The first section features paintings that hwawon created for the court and royal household. The highlight of the section is “Royal Palanquin Procession,” a10-meter-long painting depicting a procession of King Gojong and his family in the late 19th century.

The second section features paintings created by hwawon for private patrons, including noblemen and wealthy aristocrats. The section includes paintings of Taoist immortals by Kim Hong-do (1745-1806), regarded as one of the greatest masters in Korean art. 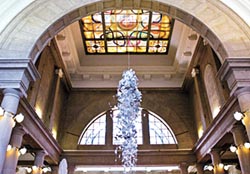 To Feb. 11: This exhibition celebrates the rebirth of a landmark train station in downtown Seoul as an integrated art and cultural space.

Works by new artists will be added every month until Feb. 11, the official opening of the center.

Old Seoul Station has been closed since 2004, when the new high-speed railway station was built next door, but it has since been renovated as a multipurpose space. 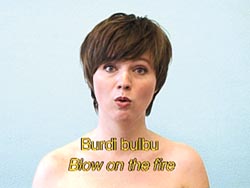 To Feb. 19: This show arrives in Korea after having opened in a Sydney suburb last summer.

According to the museums, the show was inspired by Korean-born video art pioneer Paik Nam-june’s 1976 visit to Sydney and the 1976 Sydney Biennale, in which some Korean artists, including minimalist Lee Ufan, participated.