From Rain to brain-eating worms, it’s time to get your popcorn ready

From Rain to brain-eating worms, it’s time to get your popcorn ready

A new year has begun, and the nation’s movie industry is all geared up for a strong showing in 2012 with the return of a number of high-profile actors and directors. Whether you’re a fan of heartthrob actor Rain or find pleasure in watching worms eat human brains, it’s time to get your popcorn ready. 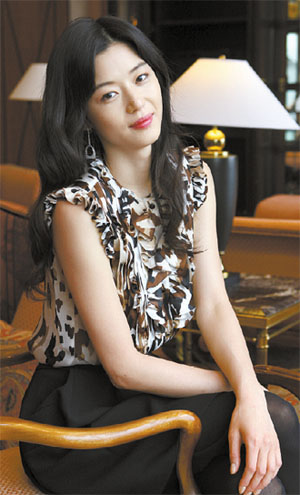 Blockbuster films such as “Sector 7,” “The Front Line” and “Quick” failed to break even in 2011. But these flops didn’t discourage other ambitious projects from coming to theaters this year. To turn the tide, films in the Year of the Dragon will introduce themes seldom touched by Korean cinema in the past.

Kim Ji-hun’s action-disaster film “Tower” is being compared to the 1974 Hollywood hit “The Towering Inferno.” The story is told through the perspective of firefighters and trapped people struggling to escape from a skyscraper in Seoul after a massive fire breaks out. With a 10 billion won ($869,565) budget, the film features a star-studded cast that includes actor Sol Kyung-gu (“Haeundae” 2009) as a warm-hearted firefighter, Son Ye-jin (“Spellbound” 2011) and Kim Sang-kyung (“Hahaha” 2009). Director Kim looks to have a stronger showing in the box office than last year’s “Sector 7.”

“Soar into the Sun” was heartthrob singer-actor Rain’s last film before he joined the Army last October. Rising actress Sin Se-gyeong also stars in the film.

For those hooked on horror films, a thriller set for release this year is sure to spook, or at least gross out, even the most intrepid moviegoer. “Wireworm,” actor Kim Myung-min’s first blockbuster film, is based on mutant wireworms that control human brains. The worms force Korea into a state of emergency as Kim struggles to save infected families.

After blockbusters’ weak showing in the box office last year, Yang Hae-seon, an industry insider who works for a film production and distribution company, said the diversity of genres in 2012 is a good sign for the industry.

“When ‘Sector 7’ failed last year, industry insiders were concerned about the market because the huge flop might result in decreased investment,” Yang said. “Whether they succeed or not, it’s meaningful that we have many films for diversity.” 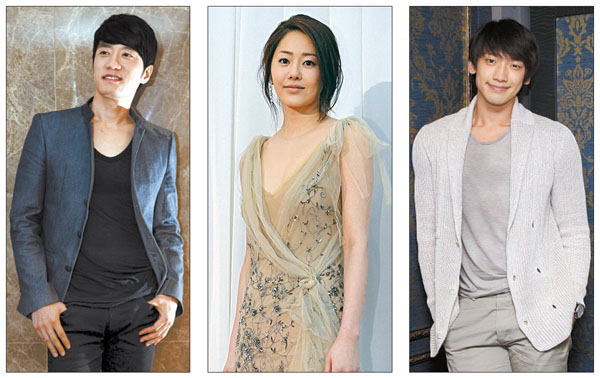 Grand news for movie aficionados: Many famed directors are returning to the big screen this year. Bong Joon-ho, three years after his previous hit “Mother” (2009), will end his hiatus with “Snow Piercer,” a project based on the award-winning French SF comic “Le Transperceneige.”

Little has been revealed about the production, but the original comic is set during World War II when an extreme wave of cold weather kills most of life on earth. A few survivors take refuge in an express train named Le Transperceneige, a shelter people from all walks of life are trying to get into. Korean actor Song Kang-ho, who has worked with Bong before, landed a star role alongside actors from France, Japan and the United States. 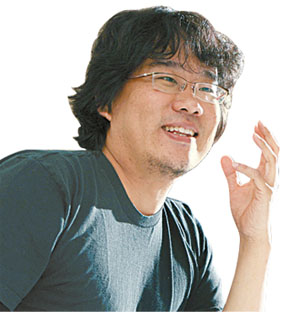 Bong is one of a few filmmakers who is loved by critics and audience alike. Most of his films including “Mother,” “The Host” (2006) and “Memories of Murder” (2003) have become huge hits with well-woven stories and skillful direction.

Another acclaimed director, Park Chan-wook, returns to cinema with his newest film “Stoker,” which will be released in the United States. Park, renowned for “Oldboy” (2003), flew to Los Angeles and made his Hollywood debut film with A-list actors including Matthew Goode, Nicole Kidman and Mia Wasikowska.

Park began shooting the film last September in the States.

Director Kim Ji-woon, who is working on “The Last Stand” in the States with “Terminator” star Arnold Schwarzenegger, will make time to release his short film as part of the omnibus movie “Report on Destruction of Mankind” this year. Kim teamed up with other two other directors in the collaborative project. Kim’s short film “Heavenly Creature” is a story about a robot working at a temple as an assistant but later achieves spiritual enlightenment.

Year of the actress

Male-dominated films have been all the rage over the past few years. Actresses point out that there simply aren’t many female-centered films for the media to focus on - but this year should be different. Keep your eyes out for top actresses returning to theaters: Jun Ji-hyun comes back with “The Professionals” alongside Lee Jung-jae and Kim Hye-soo. Ko Hyun-jung will also lead the cast in “Miss Go.”