Franco’s book to be published in 2013

Franco’s book to be published in 2013 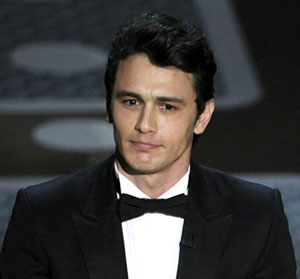 NEW YORK - After receiving tepid reviews for his first book of fictional short stories, actor James Franco has sold his debut novel to Amazon Publishing, a spokeswoman said on Wednesday. The novel is titled “Actors Anonymous” and will be published in 2013.

The spokeswoman for Amazon declined to say how much money the book deal was worth and whether the novel would be published in e-book as well as print form.

Other critics said that while the 33-year-old Oscar-nominated actor is yet to match the standard of his work in films such as “Milk” and “127 Hours,” it was a promising literary debut.

Franco has earned recognition not only for acting, but also for branching into unexpected career terrain including directing a documentary and short films, creating multimedia, dance theater projects and curating art exhibits while continuing to study at various U.S. universities.