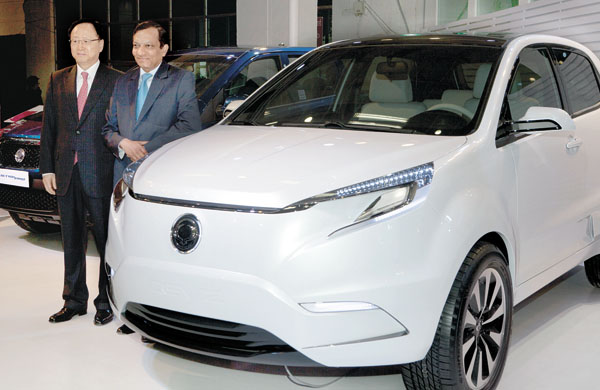 
NEW DELHI - Mahindra & Mahindra will release a premium SUV in India this year developed by its Korean subsidiary Ssangyong Motor, with first-year sales of 3,000 units targeted, it said yesterday at the biennial Delhi Auto Expo.

This is an exciting year for the Indian group and Ssangyong as they prepare to roll out the Rexton in the second half of 2012 as the first vehicle on which they have collaborated since Mahindra acquired the carmaker in late 2010.

“We will also launch the Korando C compact SUV next year, and we plan to roll out more models in the next few years,” Ssangyong CEO Lee Yoo-il said at India’s biggest motor show, which opens to the public on Saturday and will continue through Wednesday. More than 1 million visitors pitched up two years ago when it was last held.

“Our partnership with the Mahindra Group allows us to explore opportunities to jointly produce and develop technology, and to synergize our global operations,” Lee added.

Ssangyong also unveiled the XIV-1 concept car, a compact SUV, and showcased the Rexton, an electric version of the Korando and the Actyon Sports. Ssangyong will export most of the components from Korea for assembly in India. 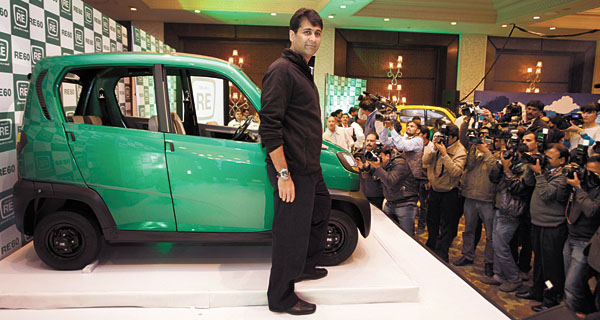 
The group was able to showcase the vehicles “having harnessed distinct synergies with Ssangyong,” said Pawan Goenka, president of the automotive and farm equipment sector of Mahindra & Mahindra.

Doing this “for the first time in India bears testimony to the world-class technologies that are now available across the group,” added Goenka, who doubles as Ssangyong’s chairman.

The 11th Delhi Auto Show features 50 new cars from hundreds of automakers and parts companies from 23 countries. More importantly, perhaps, it shows where the auto industry in India is heading.

Among the attention-stoppers at this year’s show are the new B Class from Mercedes-Benz, the Audi Q3 and Renault’s Pulse. Jaguar, the British premium brand now owned by Tata Motors, unveiled its CX 16 sports coupe while Land Rover, also owned by Tata, showcased its 2012 Defender.

The Pulse, based on Nissan’s Micra platform, was designed at the automaker’s Mumbai studio. Renault explained that Indian customers prefer a more “masculine look,” so they tailored the car’s design to this market. The vehicle is expected to be launched this year.