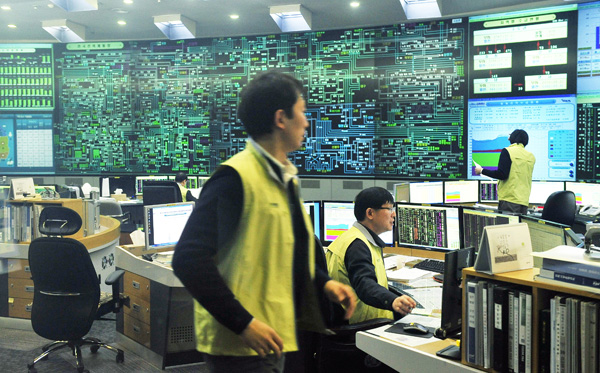 Blankets, sweaters and portable heating devices are becoming more prevalent at offices around the country as energy conservation becomes a new buzzword to help ease anxiety inspired by a blackout last year. 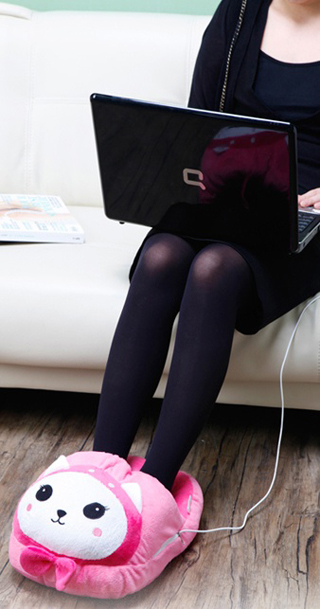 At the Seoul headquarters of Posco, the nation’s leading steelmaker, fleece sweaters have become the employees’ de facto daily uniform, while many of the female workers walk around the office in fur slippers.

“When you go to a clothing store, you see a lot of us office workers buying jackets these days,” said one Posco employee.

The government has been strongly promoting a campaign to cut electricity use to preempt another outage like the one that temporary crippled businesses and households in September. 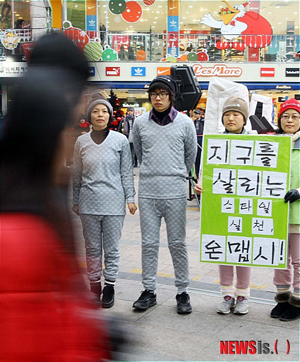 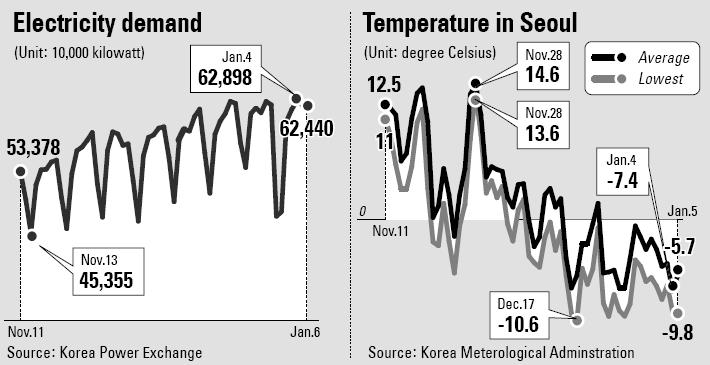 Major buildings have been told to maintain an indoor temperature of below 20 degrees Celsius from last month until the end of next February, a move that is sending chills through government agencies, educational institutes and department stores alike.

Additionally, between the peak hours of 5 p.m. and 7 p.m., certain neon signs have to be turned off, with the Ministry of Knowledge Economy and local officials making regular inspections to detect any violations.

First-time offenders get a warning while recidivists face fines of up to 3 million won ($2,600), and the measures have ruffled more than a few feathers.

One lady who works at a local insurance company said she was been toying with the idea of buying a small portable heater as the indoor temperature becomes unbearably cold when the mercury outside drops to minus 10 degrees Celsius.

“It’s been difficult to work at the office because of the bitter cold,” said the woman, who gave her surname as Choi. “I would rather work in a warm environment and switch off all the Christmas lights and billboard signs outside.”

Adding insult to injury, she said, her company makes unannounced inspections and removes any electric heaters it finds tucked under desks and beyond the sight of prying eyes.

“A colleague of mine was using a small pack that heats up when connected to his computer,” Choi said. “But I gave up the idea of buying one because they cost 300,000 won.”

Suh Jin-won president of Shinhan Bank, handed out 16,000 knee blankets to his employees as a way of appeasing his workforce during the cold winter months. A tag attached to the blanket reads, “800,000 to 1 million kilowatts can be saved by lowering the indoor temperature by 1 degree Celsius.”

“I heard that many employees were feeling cold and I wanted to show my warm heartedness,” Suh said.

Earlier this week, Minister of Strategy and Finance Bahk Jae-wan said he would send his staff home at 6 p.m. to minimize additional energy use. “As power demand peaks between 5 p.m. and 7 p.m., all [government] departments should scale back the hours they work during this time,” he said.

Not everyone is suffering from the government’s campaign, however.

Online shopping malls GS Shop and d&shop said that combined sales of long underwear doubled to 16,000 units on-year from Dec.15 to Jan. 4. Over the same period, sales of hot packs and hand warmers both shot up 20 percent from the year before, they added.

Ham said hand and feet warmers that are heated by computer are emerging as popular items this year. The products cost between 8,900 won and 28,000 won.