Photos that cross between reality and illusion

Photos that cross between reality and illusion 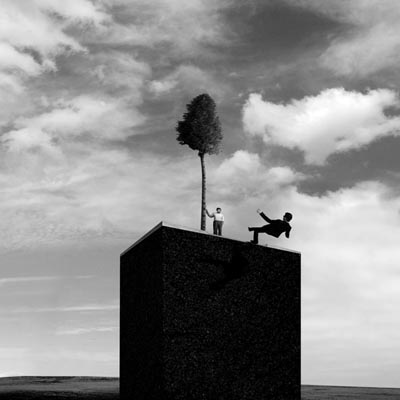 Art works that cross the border between photography and painting and reality and illusion by a group of young artists are now on display at the Michael Schultz Gallery in Seoul.

The 2012 Fast Forward show, which started on Thursday, features about 40 photo works by six local artists in their 20s. The Berlin-based galley, located on Cheongdam-dong art street in southern Seoul, holds the FF exhibition annually to promote young Korean artists.

“With this show, we intend to shed the image of a typical commercial gallery and to give more chances to young artists,” the galley said in a release.

Among the works by the six artists, Kim Su-yeun’s photos of a pencil, standing point down and with an unnatural shadow in a simple space, look just like paintings. But these are photos of a real pencil and appear among paintings the artist has made.

At first, Moon Joo-hyung’s works look like photos of typical tourist sites featuring famous architecture. But a closer look reveals something strange. Among old European buildings done in a neoclassical style stands a building done in a clumsy imitation of the style with a Korean signboard that says it is a motel. 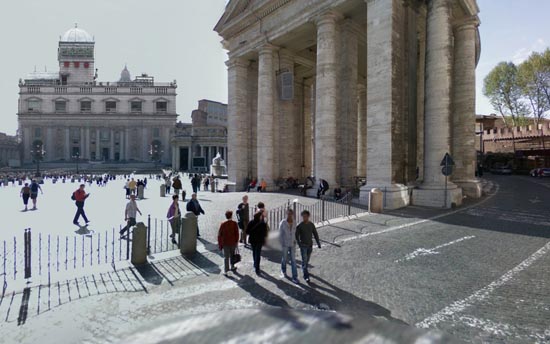 
The works in the “Pop-up” series call up that uncanny feeling of something at once familiar yet unfamiliar at the same time and provide a sarcastic take on Korean building design.

Sarcasm is also a part of Yoon Byoung-joo’s “Hwaseong” series. Its title is a homophone of the name of a city in Gyeonggi where the artist once lived and the Korean word for the planet Mars.

The artist took photos of the city, where various development projects and related construction projects are always going on, focusing on desolate scenes of the dug-up ground and dust these projects produce.

To some of the photos, the artist added red tones, making the areas look like the planet Mars, raising the question of which development projects really improve human life.

Elsewhere, Oh Dong-hwan reproduces images of his dreams, in which his split egos fight each other, as photos.

Yoon Dae-hoon and Choi Min-kyu capture the beauty of everyday objects. Yoon’s photos look like celestial bodies, nebulas or galaxies, but are really photos of the bottoms of cups or glasses taken at close range. And Choi focuses on the lines made by things such as fluorescent tubes and ceiling pipes.

Another major gallery on Cheongdam-dong art street, one of Seoul’s most important art zones, is launching its annual exhibit.

Arario Seoul Cheongdam will present “Artists with Arario Part 3” starting Thursday. It is the last of the “Artists with Arario” series in three parts, being held to celebrate the opening of this branch of the Cheonan, South Chungcheong-based gallery.

The exhibition, which will run until Feb. 26, presents 30 sculptures, installations, paintings, drawings and photographs by 11 artists from Korea, China, India and the Philippines represented by Arario.

Among the artists, painter Lesley de Chavez offer a sharp critique of the colonial history and religion of his home country, the Philippines, using symbolism and metaphor. A duo of two India-born artists, Thukral & Tagra, depict the desires of people in the rapidly growing country, with an intentional kitschy style that features lively colors and detailed patterns.

*The exhibition runs until Jan. 25. Hours are 10 a.m. to 6 p.m. Tuesdays through Sundays. The Michael Schultz Gallery is located on the third floor of the Nature Poem building near the Cheongdam Intersection. Go to Cheongdam Station, line No. 7, exit 9, and walk 10 minutes. Visit www.schultzgallery.co.kr or call (02) 546-7955.