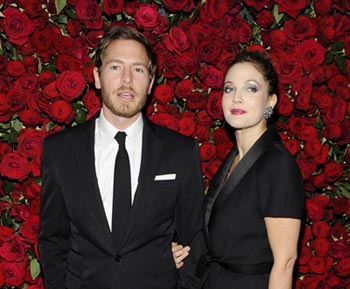 LOS ANGELES - Actress Drew Barrymore and her new fiance Will Kopelman on Friday released a photo of the couple showing off her engagement ring, confirming reports they joined a long list of stars who got engaged over the holidays.

Other celebrities who now plan to marry include Justin Timberlake and actress Jessica Biel, according to media outlets citing unnamed sources. Representatives for both have not responded to Reuters’ requests for comment.

Rocker Steven Tyler, sports star LeBron James and soul singer Aretha Franklin are among those who over the holidays did share the news of impending nuptials with their fans.

Barrymore’s representative released a photo of the 36-year-old actress and Kopelman together with a diamond ring on her left hand.

Kopelman, an art consultant, proposed over the holidays in the resort town of Sun Valley, Idaho. The pair have been together for about one year, according to People magazine.