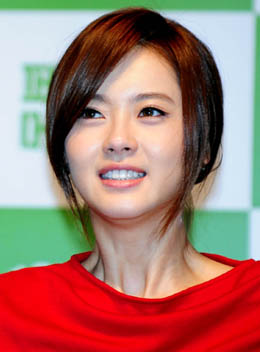 Actress Go Ara released a single on Jan. 9.
The digital album, released on various music charts online at 10 am, contains songs that will also be included in the original soundtrack of the movie “Papa”, in which the actress also stars.

The album consists of title track “Now!”, as well as two additional tracks from the movie. “Now!” fuses modern rock and pop genres; the upbeat tune was composed and produced by the movie’s music director. The songs are sung in English by the 21-year old star, as the majority of the movie is set in the United States. Local media reported that the singer Jay, a signee of the same record label as Go, helped pen the lyrics.

The movie “Papa” centers on a strange family relationship that forms between a publicity manager, staying illegally in the United States as he tracks down the trail of a runaway celebrity, and a young woman looking for a legal guardian to help her stay united with her siblings. The movie will open on Feb. 2.