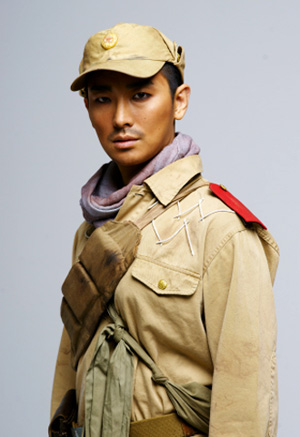 Actor Ju Ji-hoon has announced he is dropping out of “Doctor Zhivago,” in which he was to play the lead role.

The actor’s agency, Keyeast Entertainment, announced on Jan. 10 that the star will be unable to participate in the musical, set to open on Jan. 27, after he injured his vocal cords.

“Since fulfilling his military service, Ju has been busy working, which led to the singer damaging his vocal cords,” a representative of the star said. “He kept up with his treatment and continued rehearsing for the musical, but on the advice of his doctor, the singer will no longer be able to star in the musical.”

Meanwhile, the production company behind the musical expressed its annoyance at the inconvenient timing of Ju’s resignation.

“This musical has a disproportionate number of female cast members relative to men,” a representative of the production crew said. “Thus for now we only have Hong Kwang-ho for the role of Dr. Zhivago and, we are frantically looking for a suitable replacement for Ju.”

This isn’t the first time Ju has found himself in the midst of controversy. The 29-year-old actor was charged with using illegal drugs in 2009 and did 180 hours of community service during his six-month-long probation. The entertainer then went on to fulfill his military service in order to avoid the spotlight.