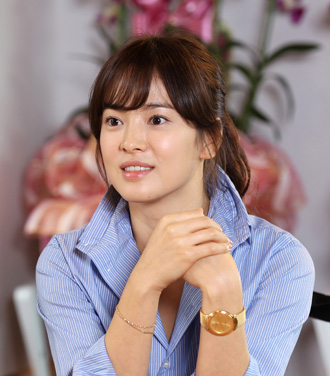 The museum released a new version of the guide, which was first made available in 2007, in January. Song is one of Korea’s most beloved actresses.

“Because she has travelled extensively for work, Song has become aware of how important it is for tourists to be able to read information in their own language,” a representative from the starlet’s agency said.

The guide is distributed for free in the lobby and at information centers throughout the museum. An electronic version is also available at the MoMa Web site.

The guide was created with the help of Seo Kyoung-duk, a visiting professor at Sungshin Women’s University. Seo is known for collaborating with singer Kim Jang-hoon to champion the claims of the so-called “comfort women” and Korea’s claim over the Dokdo islets.

Seo is currently working toward providing Korean-language guides at art galleries throughout Europe.