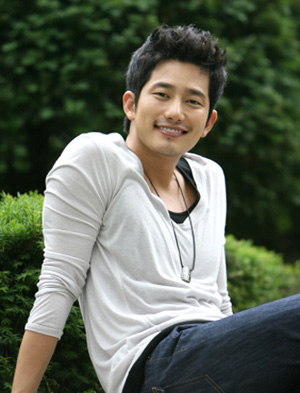 Korean actor Park Si-hoo has been named the “prettiest” male Hallyu star on a Japanese Hallyu Web site. Park received the votes for his stint on the drama “Inspector Princess” (2010).

The site, whose content is based on Korean stars and dramas, conducted a survey for one month starting in November 2011. Park was named the most attractive Hallyu star, followed by Lee Gi-kwang, Song Joong-ki and Choi Si-won.

According to the entertainer’s agency, Park is gaining in popularity in Japan year by year.

“Despite the fact that Park has not been able to travel to Japan for over a year, his popularity is still intact and not waning one bit. He is so grateful for the support of his Japanese fans,” said a representative from the agency.

On any given day, some 6,000 Japanese fans visit the entertainer’s official Web site and requests for interviews from local Japanese media are endless.

Park’s representative said that at times, Japanese fans come to the office in person for a glimpse of the actor. In order to meet this demand, the agency has promised to hold a fan meeting in the near future.

Park rose to fame in Japan in June last year when Fuji Television aired his dramas “Inspector Princess” and “The Queen of Reversals” (2010) at the same time.