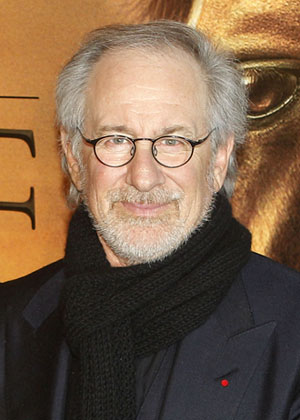 PARIS - Steven Spielberg caught the filmmaking bug as a 12-year-old boy and half a century on still goes “crazy” when he doesn’t have a story to tell, he admitted to fans packing a master class in Paris Monday night.

Greeted with a standing ovation, the U.S. director - whose works from “E.T” to “Indiana Jones” are the focus of a retrospective at Paris’ Cinematheque film centre - told the room in French, hand on his heart: “Je t’aime!”

“I’m a storyteller,” he told the filmmaking master class between screenings of his new film “War Horse.”

“For a long time movies were everything in my life - and if I don’t have a story to tell I go crazy.”

“Ask my wife and my kids what’s it’s like to have me without a movie in my immediate future to direct!” he quipped. “I’m a terrible person to live with!”

“I mope, I walk around the house in a terrible state, I’m miserable!” Spielberg joked. “So my family is the first to call my company and say ‘Is there anything in the files he can direct? Please help us!’?”

Revealed to film buffs with the 1971 car chase thriller “Duel”, then to the mainstream with “Jaws” in 1975, Spielberg has shot more than 30 feature films as well as a string of productions for television, from episodes of “Columbo” to the hit series “Band of Brothers” in 2001.