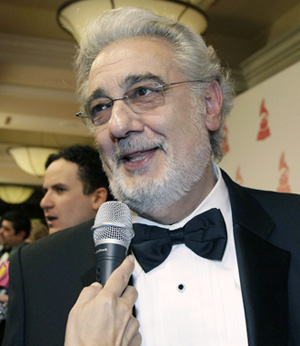 JERUSALEM - Acclaimed tenor Placido Domingo has been named a winner of Israel’s prestigious Wolf Prize, along with seven other American, British and Israeli recipients.

The Wolf Foundation said Tuesday that Domingo is the first vocal artist ever to win its prize. From 1962 to 1965, at the beginning of his career, he sang with the Israeli opera company.

Each year, the Wolf Foundation awards $100,000 prizes in five fields. About three dozen winners have gone on to receive Nobel Prizes.