Distortions in supply chain of beef being probed

Distortions in supply chain of beef being probed 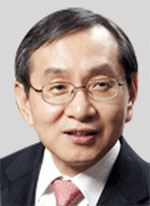 The country’s antitrust watchdog will announce the results of an investigation into the distribution system of beef next week, said Kim Dong-soo, chairman of the Fair Trade Commission (FTC), yesterday.

The move comes in response to claims that meat prices remain high due to the industry’s complex distribution network, which siphons off money to a number of middlemen, even though the price of cattle sold by livestock farmers has plummeted.

“We will encourage reasonable transactions and patterns of consumption by offering consumers all the information they need in areas where the distribution system remains distorted,” Kim told reporters.

According to the watchdog, the results of the ongoing investigation will include cattle and meat prices at retailers including department stores, discount stores and restaurants. It will also look into the profit margins at each stage of the distribution system from slaughtering to retail sales. In Korea, the distribution process is complex and includes at least five stages, from the livestock farm to the slaughterhouse, processing house, wholesaler and finally to retailers, restaurants or other retailers.

But now local consumers are growing angry at having to pay hefty restaurant and supermarket prices as it comes to light that middlemen are benefiting from the cheaper cattle prices at the expense of both themselves and farmers.The average price of cows plunged more than 20 percent at the end of last year from late 2010, causing livestock farmers from across the country to participate in a nationwide rally last week that even saw some attempt to let live cattle loose near the Blue House in Seoul before police intervened.

While oversupply is a major factor, many farmers believe the free trade agreement President Lee Myung-bak signed with the United States late last year will cause prices to fall further as it heralds an influx of cheaper imported beef. Livestock farmers also blame the “abnormal” distribution system for keeping consumer prices artificially high.

According to the Ministry of Food, Agriculture, Forestry and Fisheries, there are currently 2.95 million head of cattle in the country, but a more suitable number to meet domestic demand would be 2.5 million.

Meanwhile, at yesterday’s press conference, Kim said the watchdog will closely monitor other illegalities such as cartel activity or inappropriate displays and advertisements for a range of products including beef.

As the government struggles to tamp down chronically high levels of inflation, the FTC said it will also investigate the high prices of baby strollers and so-called fast fashion brands like Uniqlo, Zara and Gap. It said the products sold in Korea are too expensive compared to how much they retail for overseas.

As part of these efforts, the watchdog will make more use of its online consumer report Web page by providing shoppers with accurate information on various products, including reviews and prices of digital televisions, smartphones and cosmetics from March.

The online report is based on a similar tool being used in the U.S. with the same name that provides expert reviews and ratings on a monthly basis on products including cars, appliances and electronics. The FTC decided to create the Web page to provide consumers with product information before they make any purchases. The FTC has been beefing up its efforts of late to crack down on unfair practices by large companies including price fixing activities.