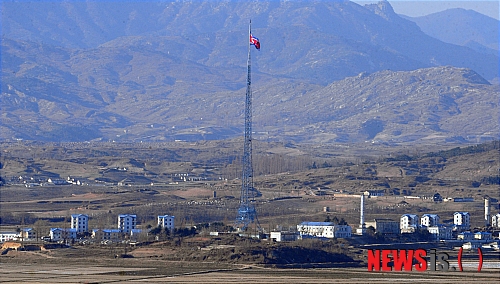 In the wake of the death of North Korean leader Kim Jong-il, more estimates have come about the cost of unification of the Korean Peninsula.

About a week after Kim’s death, the Korea Economic Institute, a private think-tank, released a report saying the cost would be 217 trillion won ($187 billion) through 2020, the equivalent of each South Korean taxpayer over the age of 15 paying 5.35 million won.

On the same day, another private think-tank, Hyundai Research Institute, released a report that it would cost $157 billion to triple North Korea’s per capita income. Peter Beck, Pantech Research Fellow at the Asia-Pacific Research Center at Stanford University, also estimated in a recent article that raising Northern incomes to 80 percent of Southern levels would cost anywhere from $2 trillion to $5 trillion spread out over 30 years.

According to statistics released by the Unification Ministry, South Korea would have to pay up to a total of 2,836 trillion won if the two Koreas are reunified in 2030.

“We all admit the necessity of unification, and it’s apparent that we would have to shoulder a huge cost,” Byun Yang-gyu, director at division of macroeconomic studies in the Korea Economic Institute, said. “According to our statistics, it would cost almost 5 million won per person in the South for overnight unification, and that would raise North Korea’s economy only up to a tenth of the size of South Korea’s.”

North Korea has about half of population of South Korea. According to the Bank of Korea in November 2011, North Korea’s per capita income was estimated to be about 1.24 million won, which is similar to the South’s in the 1970s and only about 5 percent of the South’s 24 million won.

According to an opinion poll conducted in November 2011 by the National Unification Advisory Council, a presidential organization, 70.6 percent of 1,000 adults said they thought the cost of unification would be more than its benefits. Asked if they thought a reunified Korea would become more prosperous than a South divided from the North, 47.3 percent said no.

Lee Jae-eun, 18-year-old high school student, doesn’t want unification. “Honestly, I don’t have much interest in unification, and I don’t want it. To support poor North Korea, ordinary people will have to pay much higher taxes and South Korea will suffer a financial loss.

“It’s silly question to ask people if they want unification even if it costs a lot,” a 75-year-old man said, refusing giving his name. “Unification should be realized no matter how much it will cost.”

“I feel sorry for the North Korean people suffering from hunger under a dictatorship,” said Lee Mi-rae, a 28-year-old female student attending a graduate school in Seoul. “And in a reunified Korea, I wouldn’t have to send my son to mandatory military service because there’d be no threat of war. I’m willing to pay 10 percent of my income for unification.”

South Korean President Lee Myung-bak suggested in 2010 a so-called “unification tax” on citizens, saying unification “could come like a thief in the night”. But his Grand National Party’s unification policy task force scrapped the plan last February, and instead planned to save the surplus from the government’s budget for enhancing inter-Korean cooperation.

Unification Minister Yu Woo-ik recently said he would launch a so-called “unification fund” to raise at least 1 trillion won annually through donations and savings from the inter-Korean cooperation budget, with a goal of accumulating a total of 55 trillion won in the next 20 years. However, analysts said that 55 trillion won would be spent in the only the first year of a reunified Korea.

“We should be well-prepared for unification through a national consensus on how much we would help them, and how we would do it,” Byun said. “We can’t raise North Korea’s economy to the level of the South’s. But we need to gather public opinion to prevent social conflict in the case of an unexpected unification.”

“If the two Koreas are reunified, the only things we’ll get from the North are cheap labor and underground resources,” Hong said. “Most of things needed to revitalize the North will come from the South. We could have a variety of ways to raise funds for unification, but I suggest issuing low-interest bonds.

Choi Jin-wook, director at the Korea Institute for National Unification under the Prime Minister’s Office, said that North Korea should steadily change into a capitalist, democratic system in an effort to reduce the cost of eventual unification.

“If North Korea suddenly collapses, we will become a one-country-two-systems place,” Choi said. “The best scenario is if first the two Koreas have the same political system, liberal democracy, and then build up increased interactions and trade.”