Asleep Without Dreaming in Jeonju

Asleep Without Dreaming in Jeonju 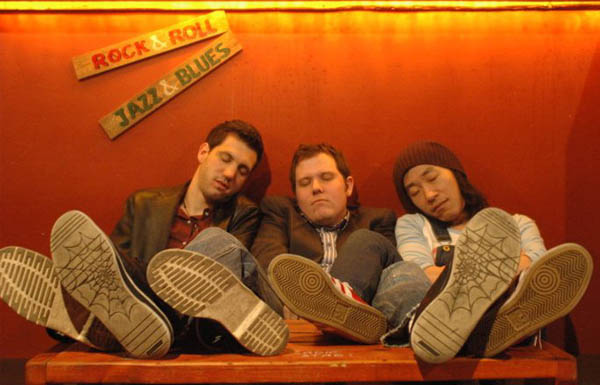 
In a country that is proud of its traditional culture, the city of Jeonju, North Jeolla, is considered by many to be one of the main centers.

Throngs of tourists fill the restaurants sampling the famed food and even more fill the streets during the myriad of traditional culture festivals that take place every year.

Traditional food, art and music are the foundations of Jeonju’s image, but that doesn’t mean that is all there is to see or, more importantly, to listen to.

Radiostar, named after the 2006 movie by Lee Jun-ik, is a bar that has become one of the gathering places for expats in the city, and it was here that Asleep Without Dreaming (AWD) met and formed.

Inyeol Park, the owner of Radiostar and the drummer in AWD, offers up his basement bar for musicians and music fans to congregate, and it was this thirst for music and musical collaboration that eventually led to the formation of AWD and the recent release of their debut album.

AWD is a self-described alternative rock band that was formed after the members first met in August 2010 at Radiostar. The group is made up of three members: Park, Keith Levesque (bass/backup vocals) and Spencer LoSchiavo (vocals/guitar), who each played in different bands initially. But eventually, their similar feelings toward what constituted good music brought them together.

According to Park, “AWD is an alternative rock group whose lyrics and music are driven with passion and emotion. With a fusion of Eastern and Western thinking, there is something to be said about AWD’s style.”

After numerous gigs at bars, clubs and festivals, and an appearance on KBS in April last year, the band decided to record an album. Paid for out of their own pockets and recorded at Soul Studios in Jeonju, AWD’s first album, “Forever Endeavor,” was released on Dec. 30 last year.

Consisting of all original material written by the band, the album was launched with a tour of the country that will last through February.

The next performance is tomorrow at Club FF in Hongdae. The band will take to the stage at 11:50 p.m. Tickets cost 5,000 won ($4.30). For more information, visit www.reverbnation.com/AWDband