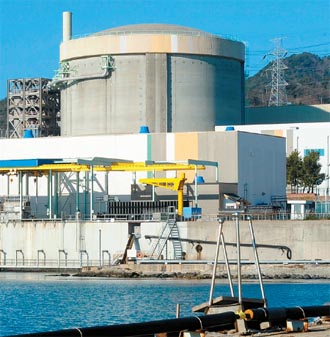 A nuclear reactor in Gyeongju, North Gyeongsan, automatically shut down early yesterday morning due to a malfunctioning thermometer attached to the reactor’s cooling pump, the government revealed.

The reactor at Wolseong Nuclear Power Plant, located some 400 kilometers (248.5 miles) southeast of Seoul, closed down at 4:24 a.m. after the malfunction was detected, the Ministry of Knowledge Economy said in a release.

The reactor is in a stable condition and there is no evidence that any radioactive substances leaked out, it added.

This is the third nuclear reactor to be shut down due to functional problems in less than a month since one at a plant in Uljin, 330 kilometers southeast of Seoul, stopped operating temporarily on Dec. 13 due to what was later determined to be a human mistake.

Twelve hours later, a reactor in Gori, Busan, was shut down due to what appeared to be problems in an electric generator connected to the reactor. Both have since resumed operations.

The series of stoppages at nuclear reactors around the country in recent months has raised concern about whether Korea will be able to generate enough power to see it through the winter, when electricity usage spikes and puts a strain on the national reserve.

Although the ministry said the Wolseong reactor has a capacity of just 679,000 kilowatts, accounting for 0.86 percent of the country’s total power capacity, fears have not been fully allayed that the overall power supply will not be affected.

Questions are also being raised about the stability and reliability of the reactors, especially in the wake of the earthquake-triggered nuclear disaster in Fukushima, Japan, early last year.

The Wolseong unit is a heavy water reactor that requires 40 hours before it can resume operations due to all the toxic materials that are discharged during a stoppage. It will be put back in action after the clear-up operation has been concluded, the ministry said.

Officials also raced to quell fears of another power outage similar to the one that crippled businesses and left homes without lighting across the nation in the second half of last year.

“Despite the cold weather this year and the stoppage at the Wolseong plant, we’ll maintain the electricity reserve level of 5 million kilowatts,” said Choi Hyeong-gi, a director at the ministry’s electric industry department. A minimum reserve of 4 million kilowatts is considered a safe level in Korea.

The ministry said it would add 3 million kilowatts to the reserve by scaling back usage in the industrial sector during the second and third weeks of January.