Father of JYJ’s Junsu to open hotel on Jeju Island

Father of JYJ’s Junsu to open hotel on Jeju Island 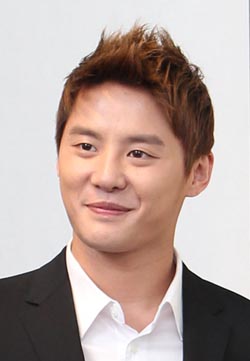 Rumors swirled that Kim Junsu, a member of the idol group JYJ, was set to build a hotel on Jeju Island with the help of his entrepreneur father.
Although there were some elements of truth to the story, a representative from Junsu’s agency revealed that the project will go head without any involvement from the Hallyu star.

Local media on Jan. 13 reported that the site was already chosen and building permit obtained to construct a hotel, which the singer would operate. An entertainment insider was quoted as saying that investors were being sought for the project that was thought up when the idol singer’s family took a vacation there some time ago.
“When they saw how many foreigners were on Jeju Island, they thought of the potential for a resort business,” the insider said. “Junsu’s popularity both domestically and internationally was thought to also help the hotel”

The entertainer’s agency did confirm that the business plan was underway, but that it was exclusively a venture of the singer’s father.
“It’s safe to say that the business is that of Junsu’s father and Junsu has no ties to it. Currently he is busy rehearsing for a musical and a South American tour and has neither time nor the capacity to take on such projects,” said a representative from CJeS Entertainment.

Junsu will star in the musical production “Elisabeth” from Feb. 8 in Korea and will then travel to South America with his JYJ band members for a South American tour in March.