Buttermore to stand in as CEO of GM Korea

Buttermore to stand in as CEO of GM Korea 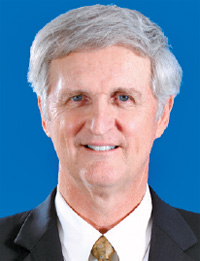 John Buttermore has been appointed as interim president and CEO of GM Korea, effective immediately, the company said in a release yesterday.

He is replacing Mike Arcamone, who has elected to leave GM and the automotive industry and return to his native Canada. A permanent replacement will be announced at a later date.

“We are fortunate to have an experienced and trusted professional like John to lead our outstanding team in Korea on a temporary basis,” said Tim Lee, president of GM International Operations (GMIO).

Since September 2009, he has served as GMIO vice president of manufacturing. In addition to overseeing the region’s growing network of production facilities, he also has oversight responsibility for GM’s business operations in Africa and Southeast Asia. GM Korea’s share of the local market increased from 8.9 percent in 2009 to 9.5 percent last year.