It came from outer space

It came from outer space 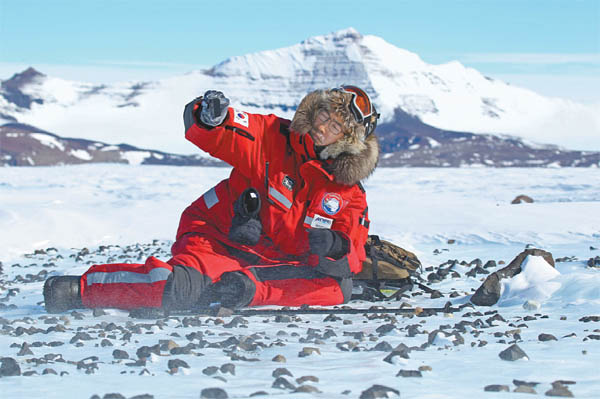 Lee Jong-ik, head researcher of the meteorite exploration team of the Korea Polar Research Institute, with the first meteorite found by the team during its first exploration in Victoria Land, 200 kilometers (125 miles) from the site of Korea’s planned Jang Bogo research station in Terra Nova Bay, Antarctica, yesterday. [YONHAP]