Lopez, Anthony back together, at least to promote new project

Lopez, Anthony back together, at least to promote new project 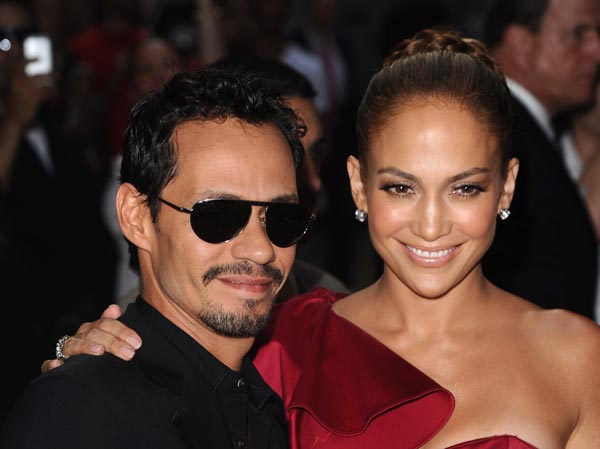 PASADENA, Calif. - Jennifer Lopez and Marc Anthony were together again on Saturday - at least to promote their new project.

The stars, who announced last summer they were ending their marriage after seven years, appeared on a stage Saturday to talk briefly about a new music series they are doing together. “Q’Viva! The Chosen’’ premieres on Univision on Jan. 28.

Anthony reached down to offer his hand and help Lopez climb three stairs to the stage and later admired the four sparkling rings on her left hand. They sat side by side on director’s chairs.

The two stars, along with Jamie King, travel throughout North and South America to search for artists who will come to the United States and participate in a live show of Latin music and entertainment. It airs in 12 weekly episodes in the U.S. and on Spanish-language stations across Latin America. An English-language version is planned later for Fox.

Anthony and Lopez were working this week to judge some of the contestants, Univision said.

“It was like any time that we work together,” said Lopez, who wore a tight blue leather mini-dress for the morning news conference. “We have a great time working together.”

Lopez, also a judge on Fox’s “American Idol,” said she’d be open to doing another season if the first one is successful. Anthony said that there’s been a misconception that “Q’Viva! The Chosen” is just a talent show.

“We’re not judges,” he said. “We’re show producers. We’re putting together a live show, and we’re documenting the process.”

Their time on stage was limited. The news conference began 30 minutes late, and a reporter shouted down a talkative MC to demand that journalists be allowed to ask questions. AP