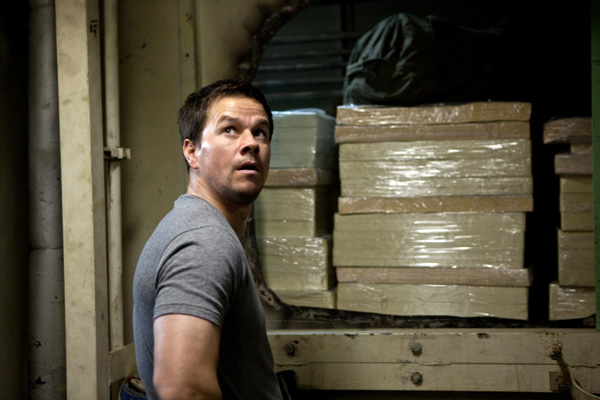 Bulger has reached out to Wahlberg, the actor told Boston’s WAAF-FM radio Friday, and he speculated Bulger wants to give him rights to his story.

“He wants me to come down and visit him. Maybe he’ll give me the exclusive rights to tell his story, ’cause he knows, you know, we can do it better than anybody else,” Wahlberg said.

Wahlberg grew up in South Boston, also Bulger’s home, when he ran a local gang in the ’70s, ’80s and ’90s while working as an FBI informant. Bulger, 82, is accused of participating in 19 murders before fleeing in 1995, allegedly after his FBI handler tipped him that an indictment was coming. He was caught in California last year after 16 years on the run.

Wahlberg said his “heart goes out” to loved ones of Bulger’s victims, but the story has tremendous potential.

“If there’s a story to be told there, and, you know, we can do it in the way we want in the way that we best see fit, then, you know, then it’s certainly something that we would explore,” he said.

Patricia Donahue, whose husband, Michael Donahue, was allegedly killed by Bulger during a hit on another man, said Saturday that there’s nothing she can do to stop someone from making a movie. But she said, she prays the filmmakers don’t make Bulger a hero and “will portray him as he really is, the murderer that he is.”