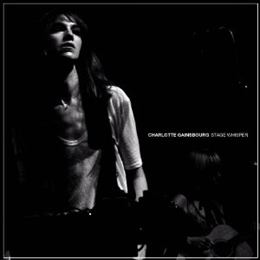 No one can deny that Charlotte Gainsbourg is an interesting artistic presence in whatever creative endeavor she has going. She has found time between being a fashion muse and shooting a range of quirky films to record some quirky music. After a 20-year break, Gainsbourg launched “5:55,” a melancholy pop album, to critical success. Her fourth album, “Stage Whisper,” mixing seven unreleased studio recordings, some from her work with Beck on her third album “IRM” and 11 songs from her live performance on tour, is a somewhat flawed enterprise. Doubtless the album will get her alternative scene street cred, but that won’t erase the fact that some of the songs are mismatched to her whispery voice. AP