Artwork from Elizabeth Taylor’s collection to go on the block

Artwork from Elizabeth Taylor’s collection to go on the block 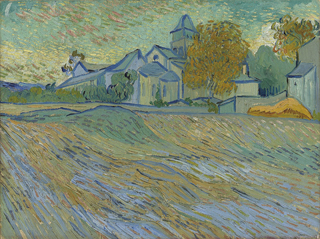 LONDON - A Vincent van Gogh landscape and other paintings from the collection of Elizabeth Taylor are up for auction in London next month.

Christie’s auction house says 38 works belonging to the late actress will be included in Impressionist and modern sales Feb. 7 and 8.

They include van Gogh’s autumn landscape “Vue de l’Asile et de la Chapelle de Saint-Remy,” estimated to be worth 5 million to 7 million pounds ($7.6 million to $11 million), as well as an Edgar Degas self-portrait and works by Camille Pissarro and Auguste Renoir.

The daughter of a London art dealer, Taylor amassed a significant collection of 19th and 20th century works.

Her father, Francis Taylor, bought the van Gogh painting in 1963 on his daughter’s behalf for $257,600 at a Sotheby’s auction in London.

It was later the subject of an ownership battle that ended in 2007, when the U.S. Supreme Court refused to consider a claim brought by descendants of a former owner, a Jewish woman who had fled Germany in 1939.

“Having grown up surrounded by fine art and surrounded by her own canvasses until the end of her life, this collection of paintings was very important to Miss Taylor,” said Christie’s Impressionist and modern specialist, Giovanna Bertazzoni.

She said the auction “provides collectors with not only a very interesting insight into the icon herself, but also an exciting opportunity to acquire important works by leading Impressionist and modern artists.”

The screen goddess - whose films included “Cleopatra,” “Who’s Afraid of Virginia Woolf?” and “Cat on a Hot Tin Roof” - died in March, aged 79.

The works will be on display at Christie’s London showroom Feb. 2-7.

Proceeds from the sale will go to the Elizabeth Taylor Trust. AP